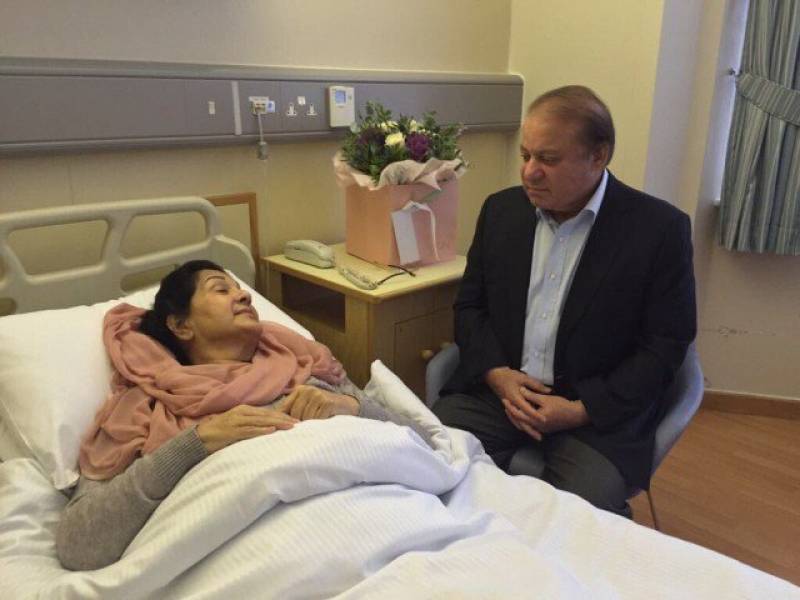 LONDON - The medical report submitted in the accountability court by the Sharif family revealed that Begum Kalsoom Nawaz was not required more cardiac support.

According to the report, doctors are being tried to bring her in conscious in next 48 hours, however, the stay of their family to him was essential on the occasion.

“The stay of the family with Begum Kalsoom Nawaz on this crucial stage essential and more vital for her,” the medical report stated.

The request also includes details of Begum Kulsoom Nawaz’s illness, due to which the former premier and his daughter Maryam have been in London since June 14.