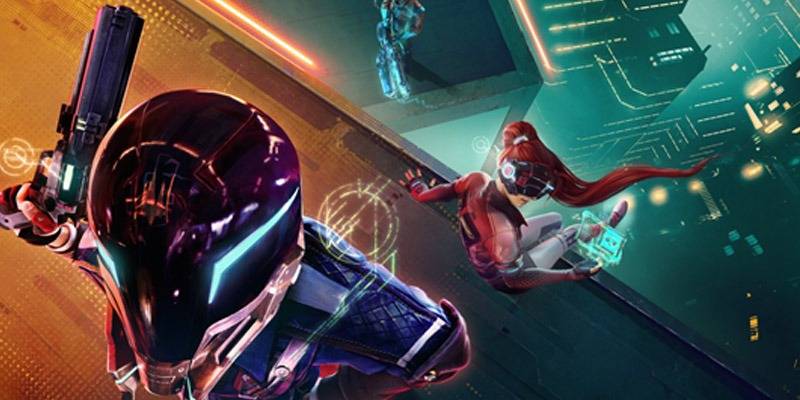 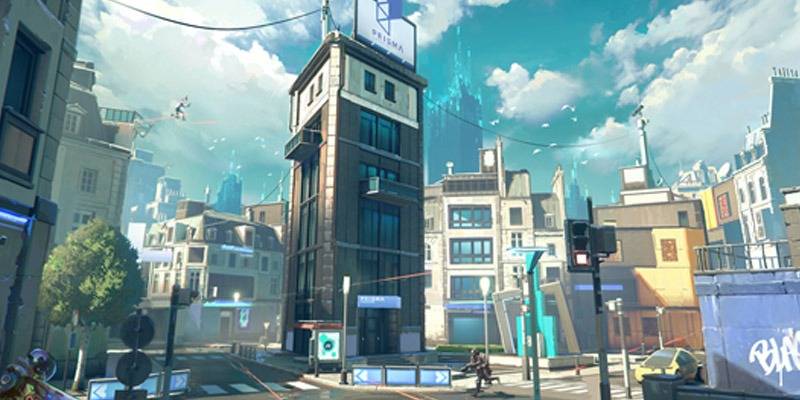 It has been leaked galore this past week for Ubisoft. There have been several rumors about Ubisoft working on a Battle Royale, and finally, we get to see what Ubisoft's futuristic take on a Battle Royale looks like. The game will be launching later this year and will definitely add more elements and polish the existing ones. This is Daily Pakistan Gaming's first impression of the game.

Hyper Scape is an exciting alternative in the genre for players who want to be competitive while having fun. The Battle Royale genre is usually placed in a post-war or apocalyptic setting; Hyper Scape moves away from this giving the players fast-paced action in a futuristic urban city based on the city of Paris. The world of Neo Arcadia made by Ubisoft is one of the most visually pleasing aspects of the game. It has a compelling storyline that revolves around a technology company Prisma Dimensions-which oversees a virtual world similar to OASIS in Ready Player One.

Hyper Scape shares several mechanics with other Battle Royale games, but Ubisoft has done a great job giving its own unique twist. The game features loot crates like other Battle Royale such as Call Of Duty Warzone but differentiates it from others by introducing a different weapon leveling system. Rather than finding better guns in loot crates, like COD or attachments like Apex legends, Hyper Scape allows you to upgrade your existing guns by collecting the same weapons and fusing them. This might give your particular weapon of choice additional ammo capacity or grant you greater damage. The game features miniguns, shotguns, snipers, rifles, projectile shooting launchers, and many more.

Ubisoft has introduced 'Hacks' into the gameplay, and don't worry, it's nothing like the hacks you know. Hyper Scape introduces a new ability system that might remind you of Apex Legends but is different in every aspect. Rather than relying on a particular character with specific abilities, you can find them in the loot itself. Each of these abilities is called 'Hacks.' The 'Hacks' present in the game is healing, teleporting, armor, invisibility, slam, wall, mine, and our very own favorite the ball. Some of them are pretty self-explanatory. It seems that Ubisoft has borrowed a couple of ideas from Fortnite by introducing the wall. Like Fornite, you can use the wallhack to create a barrier between you and your opponents. Slam allows you to leap high in the sky and then slam back on the ground dealing damage to enemies around you. If you want to know the location of nearby opponents, you can use 'Reveal,' which pings nearby enemies' locations. The hack that really caught our attention was 'The Ball.' And as many of you might have guessed, it literally transforms your champion into a ball. While in this shape, you can bounce of stuff, but here's a little warning; it's amusing. These abilities change the gameplay entirely and add more depth and excitement to Hyper Scape.

Hyper Scape has a new death mechanic where each time a champion dies, they turn into a ghost. While in this state, your champion cannot interact with enemies nor use any weapons; however, you scout for your squad, revealing your opponents' location. Your teammates can revive you from specific respawn points that are randomly located on the map. A respawn point is also present over the body of dead champions. Hyper Scape has a new take on the circle getting smaller in Battle Royale games. Most Battle Royale games feature some type of gas or storm, but Hyper Scape has taken a very different approach. As the circle gets smaller, the parts outside the circle start to disintegrate; building and walls slowly turn invisible to the point you can run through them, after which you start losing your health. This makes it way easier to reach the safe zone but also makes it easier for opponents to see you rushing towards safety. This packs a lot more action to an already exhilarating game.

When the circle finally reaches its final form, you are given two options either outlast your opponents like every other Battle Royale or devise some high-level strategy and capture the crown. You must be intrigued by the mention of 'The Crown'? Well, this is yet another unique mechanic of Hyper Scape. When the final circle closes, a crown will appear on the map. The crown will be visible to all remaining players, and if a squad manages to keep the crown for 45 seconds, it wins, but the catch is in those 45 seconds the player withholding it will become visible to all remaining squads. This changes game's entire strategy, forcing players to use their skills and 'Hacks' uniquely.

Ubisoft has announced that real-world viewers of the game will also have control over how each match pans out. Hyper Scape will have a twitch integration through which twitch viewers can vote for a specific in-game event to take place for a short time. A few of them are Low gravity and Reveal. This connects viewers to players in a way that has never been seen before. Combine that with exciting new mechanics and innovations, the Battle Royale genre seems to have another serious contender. The game is bound to capture players' attention like a fast-paced Battle Royale like Apex Legends. A huge fast-growing fan base can propel the game to the top of the genre's food chain, but it’s easier said than done. All of this meant we strongly believe Ubisoft has created a brilliant game for casual gamers and competitive souls.