Japanese envoy calls on COAS Gen Bajwa, desires to enhance cooperation with Pakistan in all fields 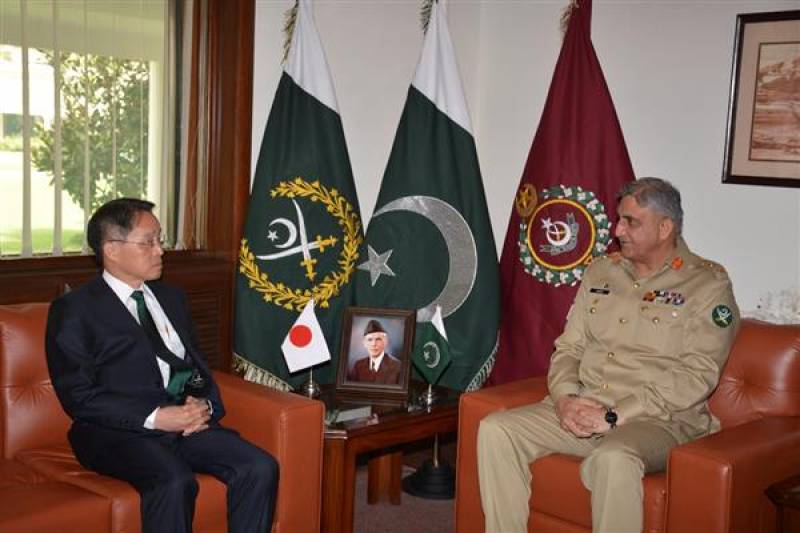 RAWALPINDI - Takashi Kurai, Ambassador of Japan called on Chief of Army Staff General QamarJaved Bajwa at GHQ on Monday and expressed his government’s desire to enhance cooperation with Pakistan in all fields.

According to a statement issued by ISPR, matters of mutual interest with focus on regional security were discussed during the meeting. The ambassador appreciated efforts and sacrifices of Pakistani people and Army against terrorism.

COAS thanked the ambassador and expressed hope that Japan will continue to play a positive role towards peace and stability in the region.