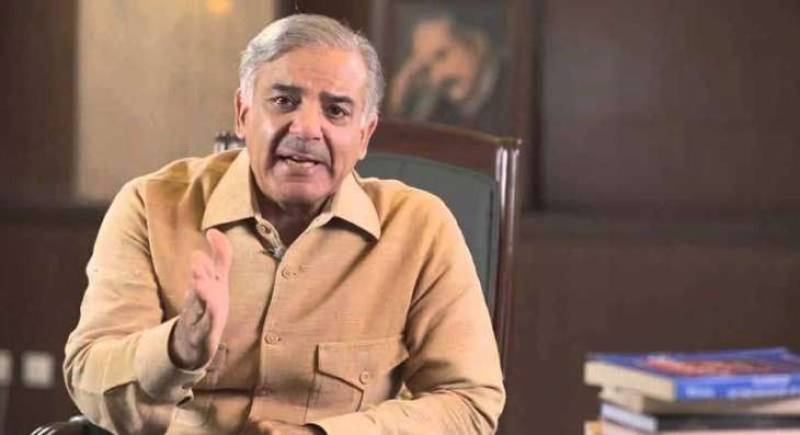 Addressing a press conference in Lahore on Tuesday, Shehbaz Sharif vowed that the party would continue to invest its passion and energy into building dams and water reservoirs if people elect them again.

The PML-N chief highlighted the development work carried out across Punjab under his chair and bashed opposing parties especially Pakistan Tehreek-e-Insaf for obstructing the development.

The younger Sharif said that they tolerated PTI’s allegations day and night, but responded by working, adding that the past five years were enough for showing the nation who was right and who was wrong.

Shedding light on the progress made in human development areas in Punjab, he said the province took the lead in instituting a culture of efficiency, transparency and savings in the execution of public development projects.

“The electorate will deliver their verdict on who did what while in government,” he said and questioned what the PTI had done in Khyber Pakhtunkhwa.

“Look at how PTI dug out the whole Peshawar city for the BRT project,” the former chief minister lamented.

Discussing the power situation in the country, Shehbaz pointed out that Punjab set up power projects out of its own resources in addition to overseeing CPEC and completed the federal power projects in record time.

“But what did PTI do for construction of any hydropower project in KP?” he questioned.

On education reforms, Shehbaz noted that under the Punjab Educational Endowment Fund, scholarships worth Rs17 billion have been distributed among 350,000 underprivileged students on merit.

He said that the province brought 90,000 children working at the brick-kilns to schools by offering their families financial incentives.

Punjab has set up 19 universities and 200 new colleges during the tenure, he claimed.

Lavishing praise on Supreme Leader of ruling PML-N, Shehbaz said that the federal government under the former prime minister brought about marked improvements in areas of counter-terrorism, energy and economy.

Pakistan armed forces and other law enforcement agencies rendered countless sacrifices to reduce terrorism to its lowest point, he noted.

In the health sector, Shehbaz pointed out that Punjab established state-of-the-art Pakistan Kidney and Liver Institute and Research Centre.

Two kidney transplants have been carried out successfully, while free medical treatment to kidney and liver patients will save them from travelling to India for transplant, he said.