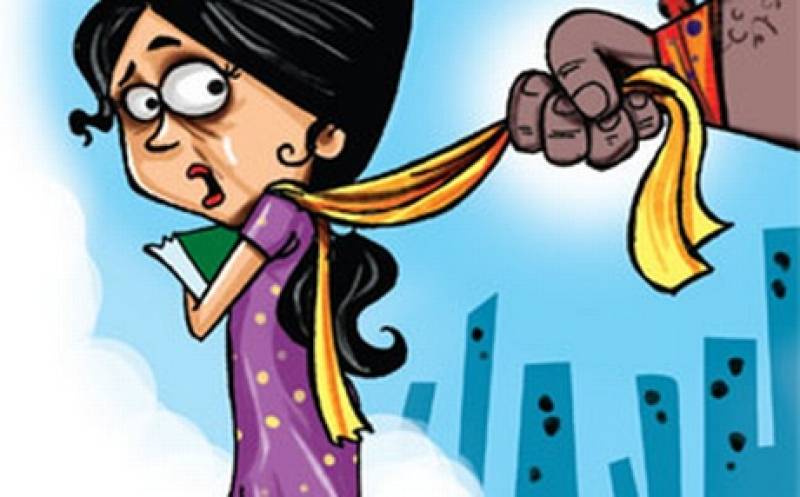 MUZAFFARNAGAR (Web Desk) – Over 20 schoolgirls were attacked and two drivers of school buses injured after they resisted an alleged eve-teasing by a group of bike-borne assailants in Muzaffarnagar town of Uttar Pradesh state, police said on Thursday.

The students were returning home after their Board exam yesterday at Kamalpur centre when the eight bike-borne youths allegedly started passing lewid comments and interrupted their vehicles near Taprana village, a senior policeman, Vijay Bhushan, said.

The two drivers, Vedpal and Sanjay, opposed the act which allegedly provoked the accused to use batons on them, he said.

The drivers were injured in the incident. Later, the accused allegedly started pelting stones on the vehicles, leaving one girl injured. They also vandalised the buses.

Meanwhile, the parents protested against the incident and registered a complaint in the matter, he said.

A case has been registered against the eight youths. Two of them, Rajesh (21) and Vijay (20), were arrested today, he said.

The search is on to nab the remaining absconding accused, he said.