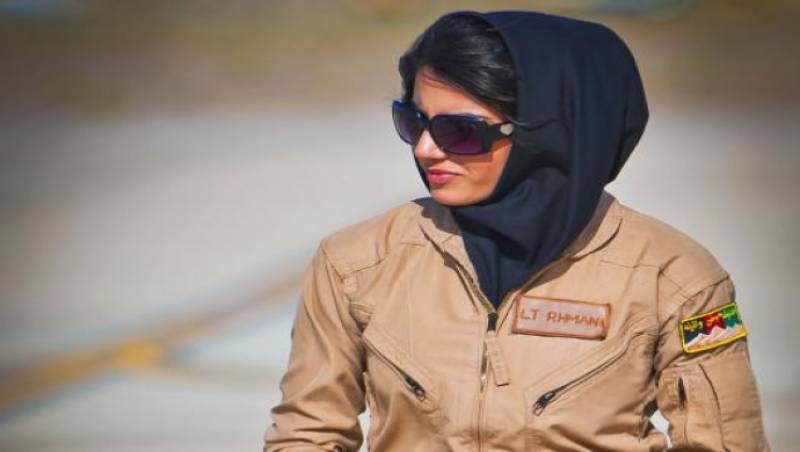 KABUL (Agencies) - 2nd Lieutenant Nilofar Rahmani, 21, the 1st Afghan female pilot in the history of Afghanistan, has been selected to receive the International Women of Courage Award 2015.

Nilofar Rahmani was trained by American Air Force instructors and received his certificate after graduating from Shindand Air Base in 2013.

Rahmani said that she wanted to fly with his brothers in the air force of Afghanistan, serve the country and be an example for other Afghan females to follow her.

The award is scheduled to be presented to Nilofar Rahmany by the American 1st lady, Michelle Obama. Eight other females from around the world are also selected for this award who have shown an exceptional courage as gender equality.

The other female who are selected for this award are Beatrice Epaye from CAR Majid Ghourbaji from Syria Nadia Sharmin from Bangladesh Rosa Julieta Montano Salvatierra from Bolivia May Sabe Phyu from Burma Marie Claire Tchecola from Guinea, Sayaka Osakabe from Japan Arbana Xharra from Kosovo The event is organized every year and from 2007 up to now 85 women from 50 countries have received the International Women of Courage Award.