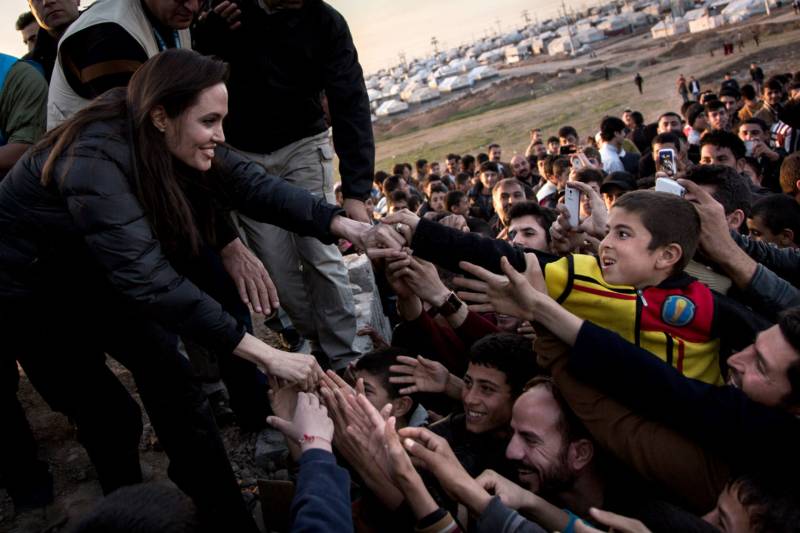 Angelina Jolie recently made her fifth visit to Iraq in her role as special envoy for the UN High Commissioner for Refugees.

She said what she saw and heard at a refugee camp in Dohuk, in Iraqi Kurdistan, left her “speechless”.

In the New York Times, the Hollywood actress and director wrote: "I have seen nothing like the suffering I’m witnessing now."

"What do you say to a mother with tears streaming down her face who says her daughter is in the hands of the Islamic State, or Isis, and that she wishes she were there, too? Even if she had to be raped and tortured, she says, it would be better than not being with her daughter.

What do you say to the 13-year-old girl who describes the warehouses where she and the others lived and would be pulled out, three at a time, to be raped by the men? When her brother found out, he killed himself.

How can you speak when a woman your own age looks you in the eye and tells you that her whole family was killed in front of her, and that she now lives alone in a tent and has minimal food rations?"

It is thought there are 3 million internally displaced persons in Iraq, while the UNHCR officially has 3.7 million refugees registered as a result of the Syrian civil war.