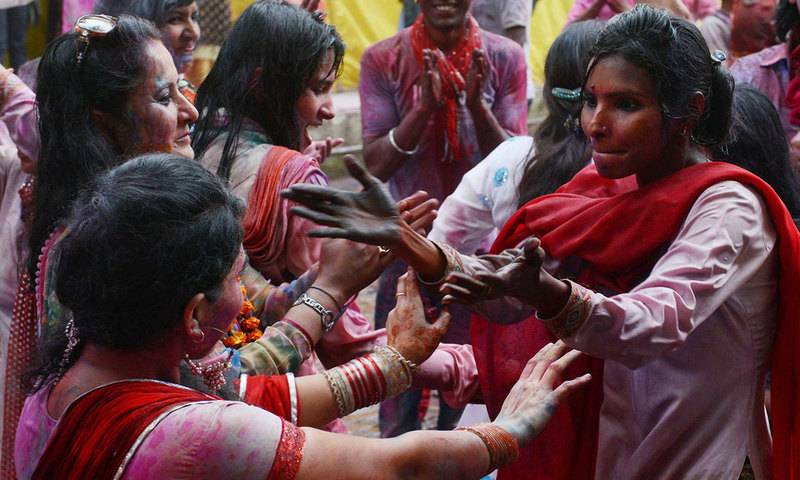 LAHORE (Web Desk) - Hindus in Pakistan are celebrating Holi, the festival of colours that falls in the lunar month of Phalguna of the Hindu calendar here today (Thursday).

Holi, which is a popular Hindu spring festival of colors, is observed in Pakistan at the end of the winter season on the last full moon of the lunar month.

Like other parts of the country the Hindus community of the Lahore celebrating Holi by splashing colours on each other, singing hymns and offering special prayers for the prosperity of Pakistan and its minorities.

The celebration of Holi is very ancient in its origin. By its very origin, Holi is celebrated as an ultimate triumph of the "good" over the "evil." Many colours associated with Holi are said to be the face of celebrations.

On the occasion of Holi the Hindus community meets with friends and plays with the colours, dance and generally have a good time. Hindus usually gather in temples and celebrated the Holi there.