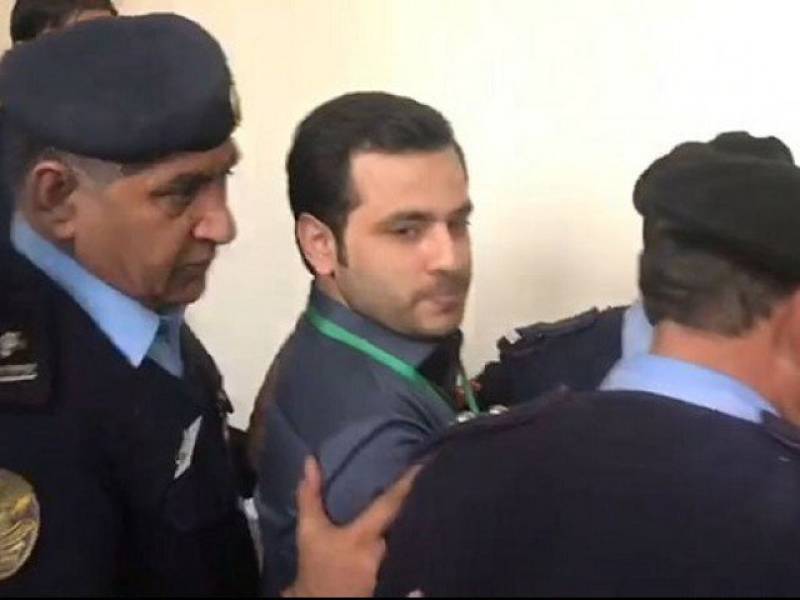 Members of civil society including famed activist Jibran Nasir had filed a petition in the Supreme Court against the Sindh High Court's verdict, ordering a re-trial and removal of terrorism charges from the conviction against the Jatoi.

The apex court, instead of accepting the civil society appeal, took a sou motu action and nullified the SHC order.

The senior puisne judge, Justice Asif Saeed Khosa noted that the high court could overturn the Supreme Court's verdict suggesting that the defendant's lawyer, Lateef Khosa, present his arguments on the case's merit in the high court.

KARACHI - The Sindh High Court (SHC) on Tuesday revoked punishments awarded to Shahrukh Jatoi and three others in ...

"Any verdict, not in compliance with the law, can be overturned by the apex court," Justice Khosa had observed.

The counsel for Shahrukh Jatoi, Latif Khosa argued before the court that injustice had been served to his client, to which Justice Khosa responded that the Supreme Court had exercised a lot of caution in its verdict, so as to not 'add fuel to fire.'

“Why have I been victimized as I remained in the death cell for five years and now again you sent me there,” Khosa argued on behalf of his client.

The judge also noted that the directives issued by the apex court had been completely ignored by the high court.

Earlier, last month, the top court had ordered the re-arrest of Jatoi, Siraj Talpur and other convicts in the murder case.

Jatoi was later shifted to Jinnah Hospital on February 10, after complaining of a back pain. The apex court had also ordered for the names of the accused to be placed on the Exit Control List (ECL).

The three-member bench, headed by Chief Justice Mian Saqib Nisar, had also ordered the SHC to constitute a bench to hear the appeal on merit and decide it in two months.

Shahrukh Jatoi and three other accused in the Shahzeb Khan murder case were freed on bail in December after Aurangzeb Khan, the victim’s father, filed an affidavit in support of the convicts’ bail application in the court.