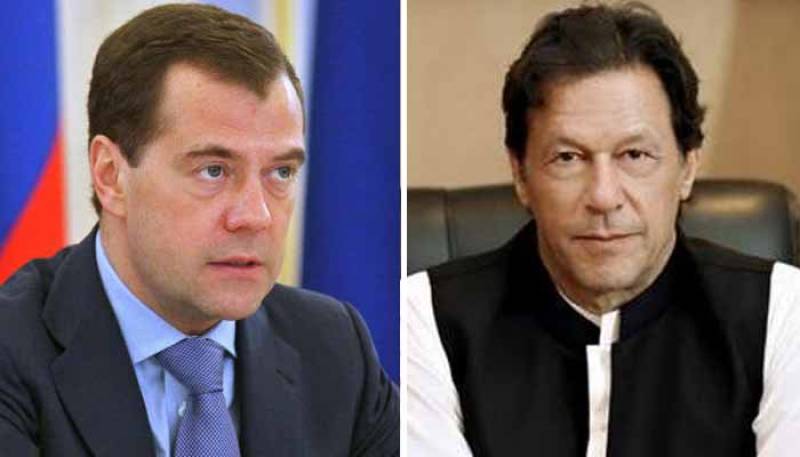 Earlier today, PM Imran, who is on his first official visit to China since assuming charge as the country’s premier, addressed the opening ceremony of the conference.

The two leaders agreed on strengthening bilateral relations and strategic cooperation between Russia and Pakistan.

There is big trade imbalance due to high imports from China and the current government has focused to raise exports to the friendly state to arrest the widening difference, he said.

Pakistan is a key country to export textile and sports items, he said, adding that export of surgical items is also important.

Highlighting the significance of China Pakistan Economic Corridor (CPEC), Khan said that the multi-billion dollar is beneficial for both countries and it will connect to the Middle East and Gulf region. He added that the CPEC will usher in the vista of opportunities in the region.