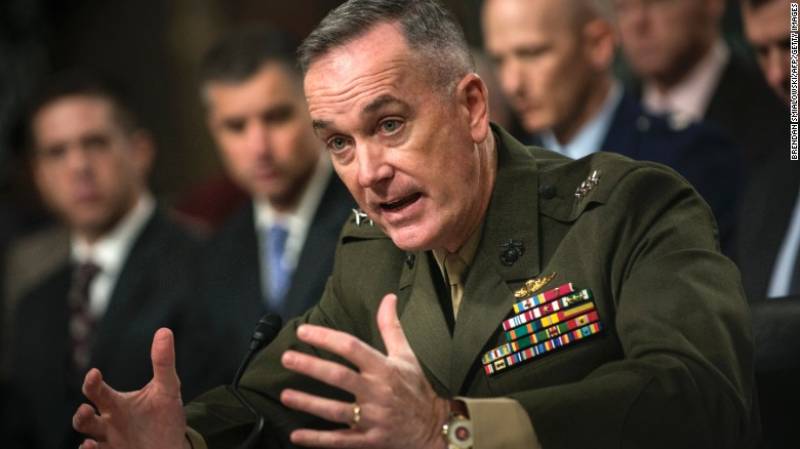 WASHINGTON - In what appears to be a scathing allegation despite years of battling terrorism, Pakistan's top spy agency Inter-Services Intelligence has been accused of having ties with terrorist groups.

Chairman of the Joint Chiefs of Staff, Marine Corps General Joseph Dunford in a Senate hearing on Tuesday alleged that "it was clear that the ISI had connections with terrorist groups".

The allegation came weeks after the US President Donald Trump accused Pakistan of providing safe havens to militant groups despite denials by Islamabad of fighting terrorism vehemently.

The United States will try to work with Pakistan on terrorism “one more time”, Mattis said at a House Armed Services Committee hearing, adding, “if our best efforts fail, President Trump is prepared to take whatever steps are necessary.”

WASHINGTON - US Secretary of State Rex Tillerson has said the relationship between Pakistan and the United States is ...

Mattis said assistant secretaries and national security staff will visit Pakistan to discuss the issue, followed by himself and Secretary of State Rex Tillerson.

Nonetheless, US Secretary of State Rex Tillerson on Wednesday addressed media flanked by Foreign minister Khawaja Asif expressing that relationship between Pakistan and the United States was extremely important.

“It is not just about Afghanistan. This is about Pakistan and it’s long-term stability as well,” he told the reporters.

The secretary of state also shared his US government’s concerns about the future of Pakistani government which the US government “wants to be stable and peaceful”. “Many of the same issues they (the government) are within Pakistan are our issues so we think there’s an opportunity for us to strengthen our relationship.”