World must recognize Pakistan’s sacrifices in the war against terrorism: Chinese Ambassador to Pakistan 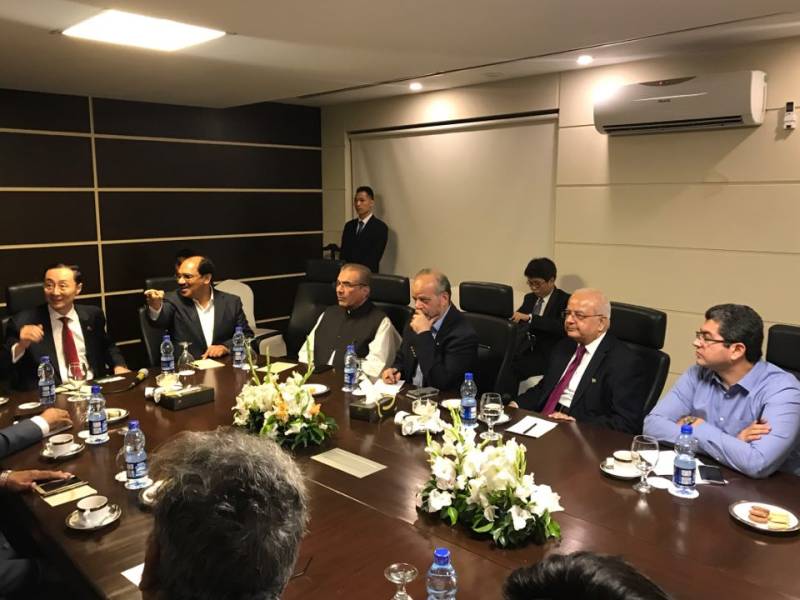 LAHORE - Outgoing Chinese Ambassador Mr. Sun Weidong acknowledged Pakistan's efforts in the war against terrorism, stating that it was time for the rest of the world to recognize Pakistan's sacrifices, during a discussion with senior journalists here on Thursday.

Referring to the US’s current criticism of Pakistan, the ambassador maintained that China will continue supporting Pakistan in its fight against terrorism.

The Chinese ambassador clearly stated that China follows a policy of coexistence and would not interfere in Pakistan’s domestic affairs. "We want to see Pakistan as stable and prosperous, and respect the wishes of the Pakistani people", he asserted.

The Chinese ambassador additionally revealed that CPEC projects are being implemented on a "one plus four" model, "one" referring to the economic corridor, and "four" referring to the major areas of cooperation that both countries are focusing on right now, namely energy, infrastructure, Gwadar Port and industrial cooperation.

China Pakistan Economic Corridor is now beginning to bear fruit, after an investment of $18.5 billion dollars in eighteen projects, mainly related to energy and infrastructure, till now.

In the energy sector, the ambassador disclosed that 1,820 MW has already been added by China to Pakistan’s national grid during the last two years. Regarding infrastructure, China is building Karakoram Highway Phase II and Karachi to Peshawar Highway.

Mr Weidong also expressed satisfaction at the progress of bilateral relations between Pakistan and China during his four-year term in Pakistan.

“When I arrived in 2013, Premier Leqiang visited Pakistan and we agreed to build CPEC. So, in 2013 we started with a blueprint, started implementation and now we have entered the early harvest stage”, he explained.

Mr. Sun Weidong also thanked the Pakistani people and government for the "love and affection continuously extended to him during his four years in Pakistan".