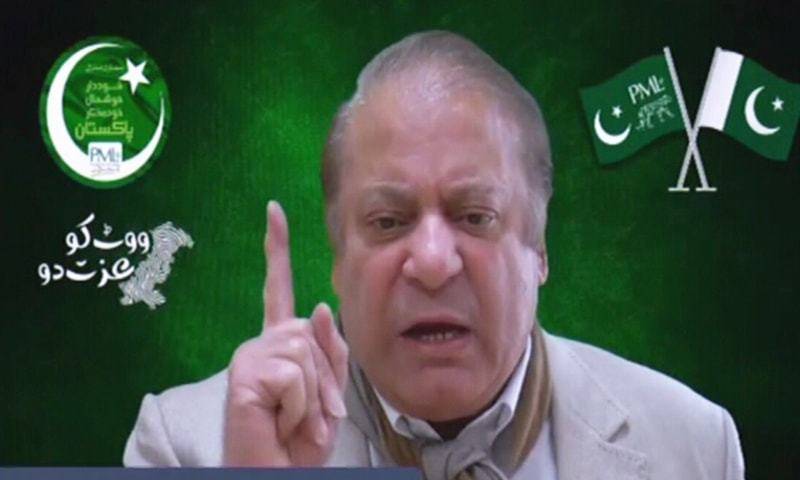 The chief justice asked the petitioner to approach the right forum, adding: ‘Is any law of Pemra exist?”

He said that a parliament is also there and why you want to involve the court in matters political in nature.

Earlier this month, Pakistan Electronic Media Regulatory Authority (Pemra) had imposed ban on airing speech of former prime minister Nawaz Sharif after the latter lashed out at the Imran Khan-led government and establishment in his fiery speeches.

The PML-N supremo is following an aggressive approach against the Pakistan Tehreek-e-Insaf (PTI) government after his first address from London, where he is staying for his treatment, to opposition’s multi parties conference (MPC).

The authority announced the ban while taking action on the request made by a citizen Mohammad Azhar Siddiq, who is also lawyer by profession, local media reported.

It said in the order that giving coverage to a fugitive on TV channels is violation of Pemra Act 2007, adding that it is also violation of a Supreme Court ruling issued in 2018.

Pemra further warned that legation action will be taken against the media outlet if it is found involved in airing speech of the PML-N leader.