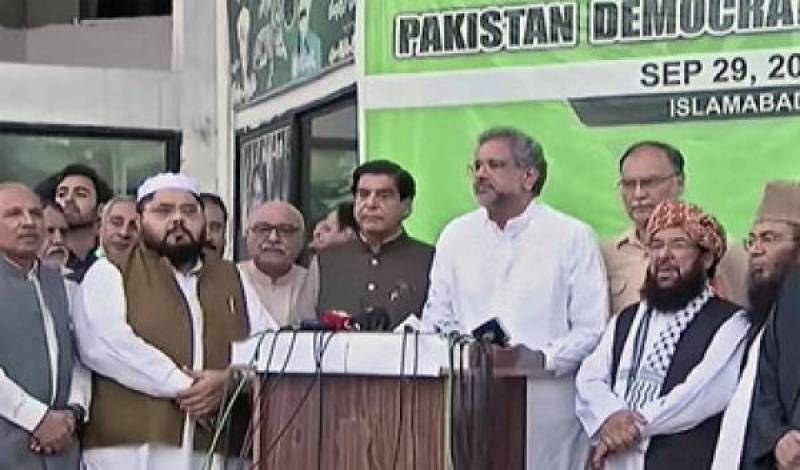 ISLAMABAD – Pakistan Democratic Movement (PDM), the alliance of opposition parties, on Monday announced to start anti-government rallies from Gujranwala on October 16 instead of Quetta.

The decision was announced in a meeting of the PDM steering committee.

The PPP had said that it commemorated the date for the Karsaz bombing incident in 2007 that had targeted slain party leader Benazir Bhutto.

Responding to the PPP concerns, the PDM decided to join the PPP for its Karachi rally while Quetta rally has been postponed till October 25.

He added that finally a major rally will be held in Lahore on December 13, after which this fake setup will not be able to run.