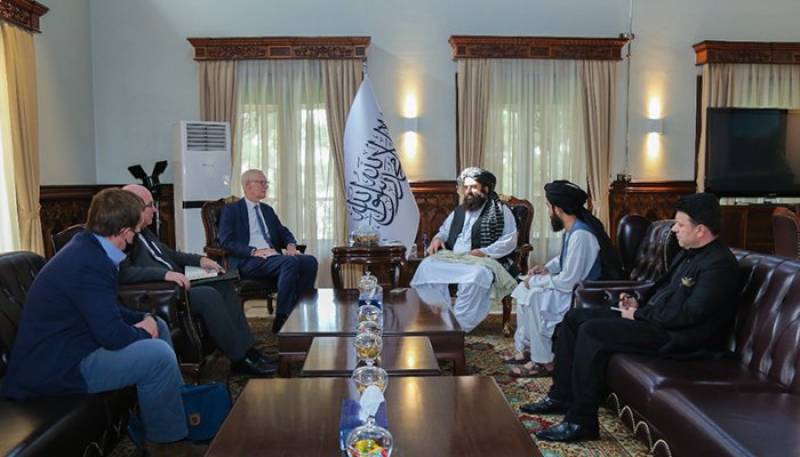 LONDON – UK government officials on Tuesday held talks with representatives of the Taliban government in Kabul to discuss various matters including the looming humanitarian crisis in Afghanistan.

Sir Simon Gass, the UK prime minister’s high representative for Afghan transition, and Martin Longed, the charge d’affaires of the UK mission to Afghanistan, travelled to Kabul for the meeting.

The visiting officials discussed how the UK could assist the Taliban government to avoid the humanitarian crisis in order to save the country from becoming a launchpad of terrorism.

“The government continues to do all it can to ensure safe passage for those who wish to leave, and is committed to supporting the people of Afghanistan,” the statement added.

The UK government officials also discussed the issue of the treatment of minorities and the rights of women and girls.

In August, the Taliban regain power in Afghanistan after they made swift advances following the withdrawal of US-led foreign troops.

The newly-formed Taliban government has called upon all countries, especially the United States, to “act in ...