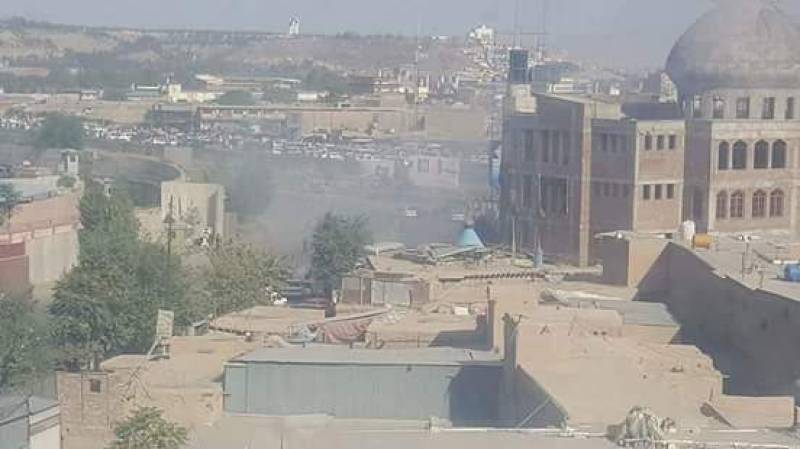 KABUL (Web Desk) – At least twenty four people were killed and 90 others injured in two suicide blasts during late afternoon near the defense ministry in Afghan capital on Monday.

According to interior ministry spokesperson Sediq Sediqqi, two bombers, both on foot, exploded themselves in Kabul.

"The attackers blew themselves up one after another and unfortunately we do have police and civilian casualties," he added.

Police have confirmed that a police chief and a high-ranking Defense Ministry officials were among those who killed in the attacks.

The Afghan Defense Ministry is located in the heart of Kabul, right adjacent to the Presidential Palace and not far away from the International Security Assistance Force (ISAF) HQ and the US Embassy.