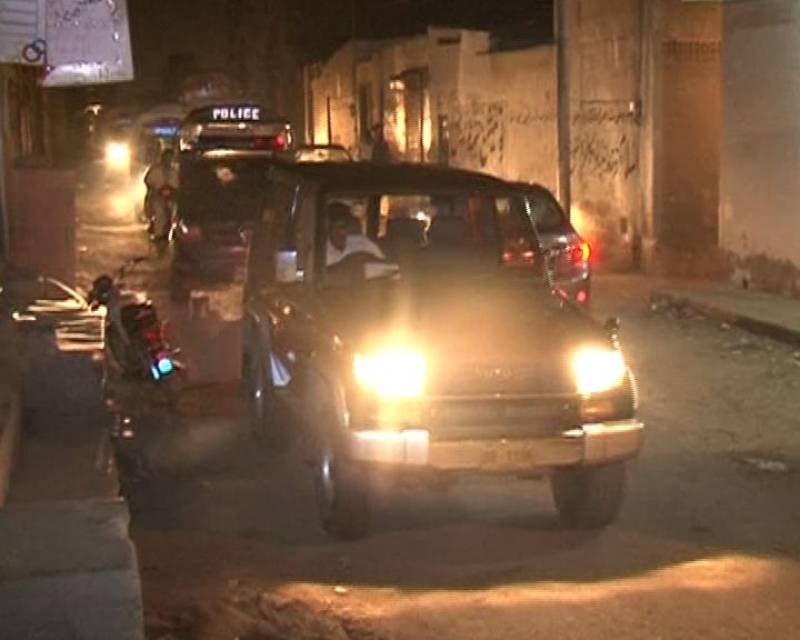 KARACHI (Web Desk) - At least 35 suspected people were rounded up in search operations in Manghopir Colony area of Metropolis.

According to Manghopir Station House Officer (SHO) Ghulam Korai, at least 33 people could not produce identity documents; accordingly, they were arrested.

Police also conducted an operation in Nazimabad and arrested four criminals along with weapons and two snatched motorcycles.

At least seven miscreants were nailed during search operation in New Karachi Industrial Area. Firearms and drugs were seized from them.

Meantime, gangster involved in extortion was arrested from the Ittehad Town area of Baldia.