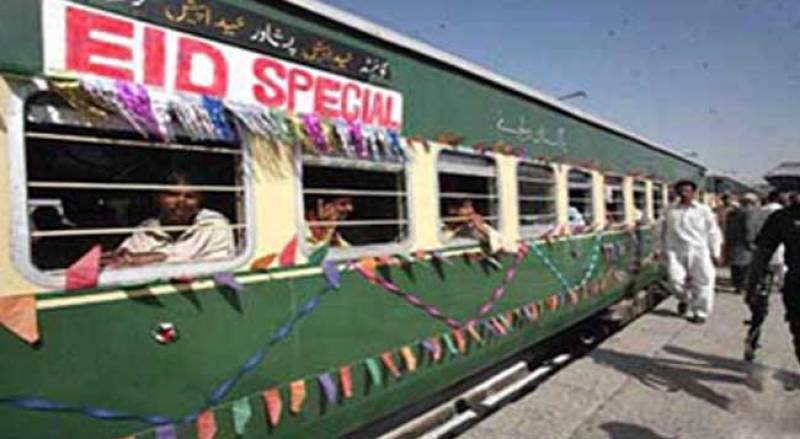 ISLAMABAD (Web Desk) - Pakistan Railways will run eight ‘Special Trains’ on the occasion of Eid-UL-Azha across the state in a bid to extend maximum facilities to passengers so that they may keep the Islamic festival with their near and dear ones.

Director, Operations said that three Special Trains will go forth from the different Railway Station towards their destination after Eid-UL-Azha.

Ashraf Lanjaar said that Pakistan Railways has started advance booking for the special trains, adding that additional coaches have also been arranged with the trains to accommodate maximum passengers.

“A comprehensive advertisement campaign of Pakistan Railways is being launched to aware passengers about the special trains,” he added.

To a query, he alleged that special trains have generated more revenues for the department, but the conclusion is basically needed to facilitate the passengers at large.

Pakistan Railways, he said, had called for several steps to facilitate the passengers as railways were a cheaper mode of conveyance for the worldwide public.