China and Pakistan must support each other more staunchly under current circumstances, Xi tells Alvi 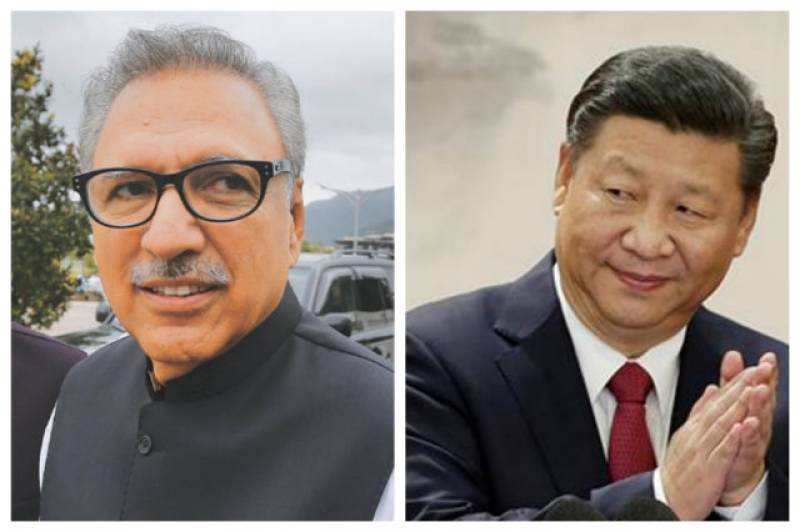 BEIJING - Chinese President Xi Jinping has congratulated Pakistan’s newly-elected President Arif Alvi, saying that the strategic significance of the bilateral ties is “more prominent under the current circumstances” and both sides should support each other “more staunchly.”

Alvi was officially declared as the 13th president of Pakistan by the election commission Wednesday after he defeated his two rivals in a three-way contest.

“In recent years, with the joint efforts made by both sides, mutual political trust is stronger, and the construction of the China-Pakistan economic corridor (CPEC) is fruitful, which has not only benefited the two countries and the two peoples but made positive contribution to peace and development in the region,” Xi said in his message on Tuesday.

In his message to Alvi, Xi noted that “the strategic significance of the China-Pakistan relations is more prominent under the current circumstances, and the two countries should support each other more staunchly and conduct deeper cooperation,” state-run Xinhua news agency reported.

“China and Pakistan are good neighbours, good friends and good brothers that treat each other with all sincerity and share weal and woe, and the friendship between the two countries has remained solid and kept growing despite the fluctuating international situation,” Xi said.

He recalled that China and Pakistan jointly decided to enhance their bilateral relations to an “all-weather strategic cooperative partnership” when he visited Pakistan in 2015 during which he launched CPEC.

Xi said that he highly values the development of the China-Pakistan relations and is willing to join hands with Alvi to further enhance the all-weather strategic cooperative partnership and build a closer China-Pakistan community of shared future.