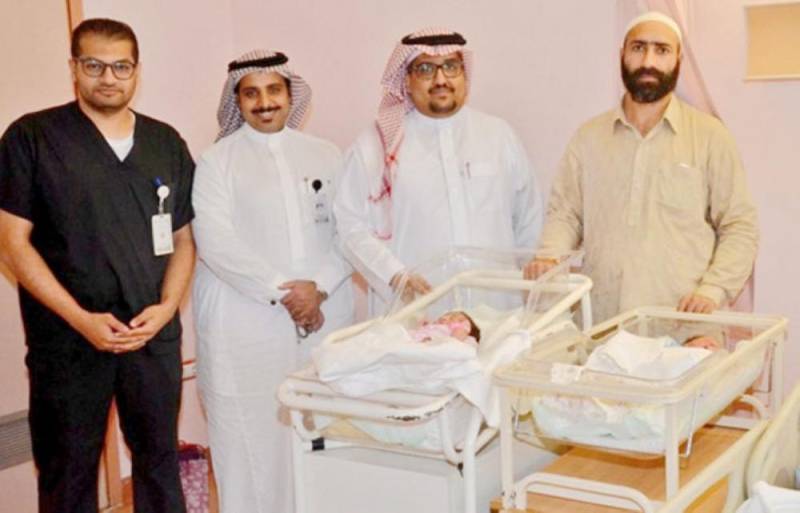 MADINAH — A Pakistani pilgrim has given birth to a healthy boy and a girl in the holy city of Madinah, after performing the Haj in Saudi Arabia.

The woman was suffering from sterility for nine years.

Gynecologists and obstetricians at Madinah Maternity and Child Hospital delivered the twins by a caesarian operation, according to Al-Hayat newspaper on Wednesday.

The mother called them Haram and Hazar.

MAKKAH – Three Pakistani pilgrims have died and one critically injured in a road accident in Saudi Arabia. Four ...

Meanwhile, according to Saudi Gazette, doctors in the Madinah hospitals conducted 535 various surgeries for the visiting pilgrims including 180 heart catheters and 10 open-heart surgeries.

Ibrahim Al-Raddadi, director of the department of statistics of the health affairs, said as many as 222,374 pilgrims have benefited from the health services being offered by the medical institutions in the holy city.

He said of them, 205,503 were received by the primary health care centers.

According to the directorate general of Passports Department (Jawazat), a total of 800,385 pilgrims have so far left the Kingdom for their respective homes after performing the Haj.