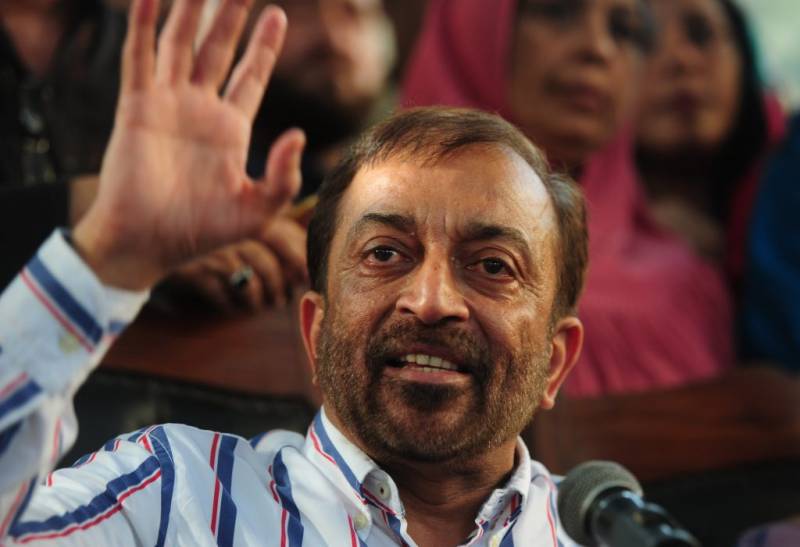 KARACHI  - The leader of Muttahida Qaumi Movement Pakistan, Dr Farooq Sattar has claimed that he was offered party ticket by ruling Pakistan Tehreek-e-Insaf to contest the upcoming bye-elections.

Talking to media after the election of Arif Alvi as the president of Pakistan, the politician claimed that he was made to lose against Arif Alvi during the General Elections for NA-274 constituency, falling in Karachi.

Sattar said that a few of the friends offered him to contest bye-elections on the seat vacated by Arif Alvi, however, hastened to add that he never left MQM in his political career.

'I am hopeful that Alvi would work hard for the betterment of Karachi,' said the politician while extending congratulations to the president-elect.

He expressed that MQM was the important political forces of urban Sindh having a crucial role in the solution of problems faced by the province.

He advised his own party to engage more effectively in the consultation process, saying Ali Raza Abidi tendered resignation owing to the attitude of the Rabita Committee.