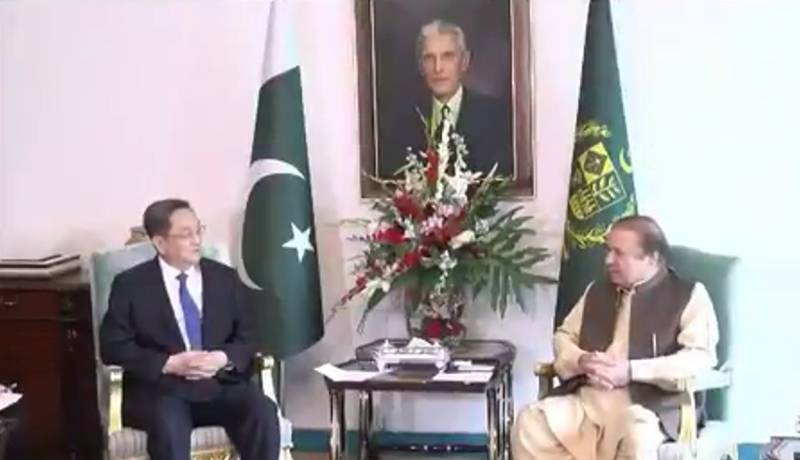 ISLAMABAD - Prime Minister Nawaz Sharif has appreciated the Chinese diplomatic and material support to Pakistan in its fight against terrorism.

He stated this while talking to a high-level Chinese delegation headed by Chairman of National Committee of Chinese Peoples' Political Consultative Conference Yu Zhengsheng in Islamabad on Thursday, reported Radio Pakistan.

He said that close cooperation between the two Parliaments will play a crucial role to strengthen the friendly relations between Pakistan and China.

The PM said that the visit will establish institutional relations between the Parliaments of Pakistan.

Nawaz Sharif said that China-Pakistan Economic Corridor (CPEC) and its related projects highlight the people-centric approach adopted by both countries and their resolve to develop regional connectivity.

The Prime Minister said the upcoming "Belt and Road Forum" being held in China in May would provide an excellent opportunity for exploring different areas of connectivity, infrastructure, trade, finance, people-to-people exchanges and think-tanks cooperation between Pakistan, China and the whole world community.

On the occasion, Yu Zhengsheng thanked the Prime Minister for receiving them warmly. He expressed hope that Parliamentary exchanges will further strengthen brotherly ties.