Raheel Sharif was like any other General, don't make him larger than life, says Governor Sindh Muhammad Zubair 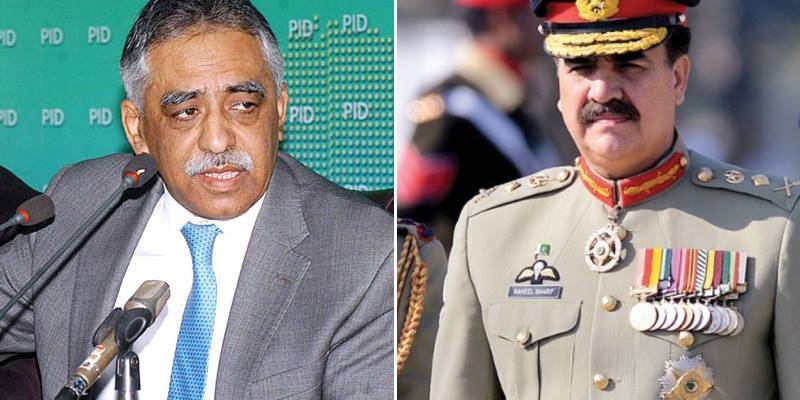 KARACHI - Governor Sindh, Muhammad Zubair on Thursday stated that former Chief of Army Staff General (retd.) Raheel Sharif was 'just another general' and no one should make him larger than life.

Talking to newsmen in Karachi, the PML-N stalwart said that media credited former military head for everything adding that Raheel Sharif was an ordinary commander just like many others.

He claimed the credit of Karachi operation solely goes to prime minister Nawaz Sharif although Raheel Sharif contributed a lot.

'Raheel Sharif was made larger than life and so when he was allotted a land, which he deserved, he was questioned for that ' said Muhammad Zubair.

The Sindh Governor noted that a large number of people was surprised over Raheel Sharif's appointment as Islamic Military alliance commander and inquired whether he was accepting it for the sake of money.

He went on and taunted the journalists saying that the media portrays Raheel Sharif envisioning peace in Karachi in much the same way as Allama Iqbal dreamt of Pakistan.

To a question regarding the landmark Panama case verdict, he replied that he himself was waiting anxiously for the apex court's decision.

Muhammad Zubair also slammed MQM- founder Altaf Hussain and said that his speech that harks back to 2004 in Delhi in which he termed partition of subcontinent a 'mistake' was dangerous.

The PML-N leader stated that Rangers would keep enjoying policing powers in Sindh till economic uplift.

In terms of lockdowns in Karachi, which has historically been an issue in the city, he said no party can shut down the city now.

“We will not allow it to happen, I challenge all parties to come together to try to lock down Karachi over the next 10 months. It won’t happen” affirmed Muhammad Zubair.