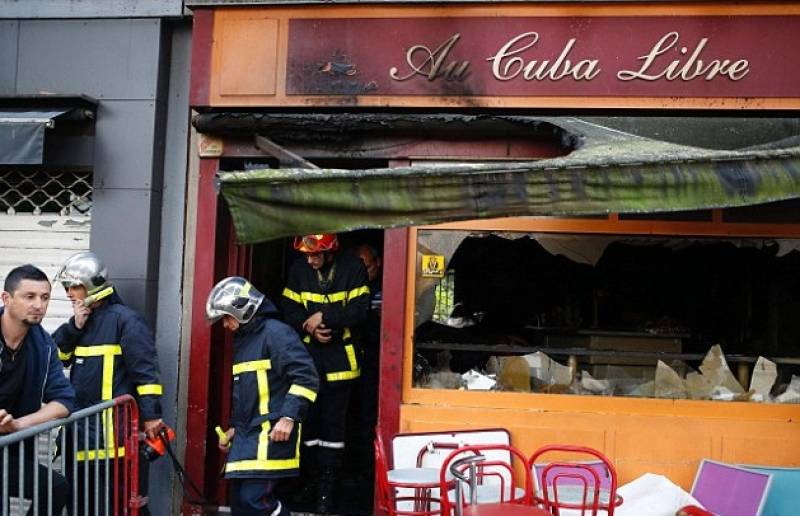 PARIS (Web Desk) - A fire thought to have been caused by the candles on a birthday cake killed 13 people at a bar in the French city of Rouen and left at least six others injured, one critically.

According to local media reports, the fire broke at around midnight as young people were gathered at the bar celebrating a birthday.  The victims were described as being aged between 18 and 25.

Some reports suggest that one of the party-goers was said to have stumbled while carrying a cake with lit candles down the stairs to the lower floor. Flames spread quickly to polystyrene ceiling tiles which gave off a cloud of noxious fumes that choked victims, who were unable to escape.

“There was no explosion, but candles used for a birthday party set light to the ceiling made of polystyrene, giving off a gas that poisoned the victims,” a police official told the AFP news agency.

More than 50 firefighters battled the blaze at the bar in the city centre, said French Interior Minister Bernard Cazeneuve.

13 people die in a fire at a bar in France - @Stone_SkyNews says candles on a birthday cake may have caused it https://t.co/0pDSqiAdHk