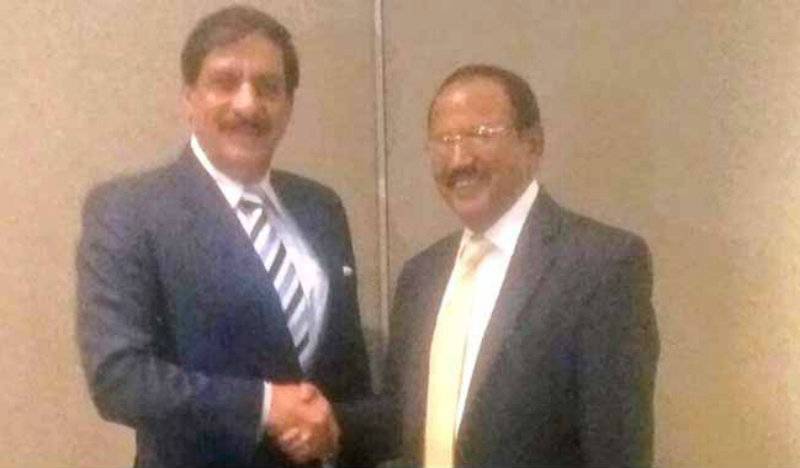 BANGKOK (Web Desk) - The national security advisors of Pakistan and India have discussed peace and security, terrorism and Jammu & Kashmir issue during a meeting in Thailand.

The foreign secretaries of the two countries were also present in the meeting in Thai capital.

"The two sides were guided by the vision of the two leaders for a peaceful, stable and prosperous south Asia," a joint statement released after the meeting said.

The discussions were held in candid, cordial and constructive atmosphere, read the statement.

The two sides agreed to carry forward the constructive engagement.

The meeting is a major breakthrough given that the two sides had engaged in mutual blame game earlier in September this year resulting in cancellation of the NSA-level talks and stalling the interaction process as was agreed by both the prime ministers in July in Russian city of Ufa.