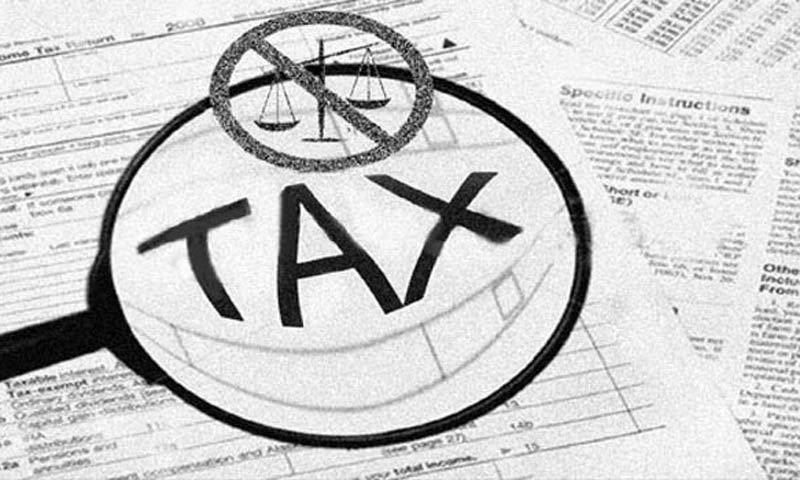 ISLAMABAD - The federal government has imposed Income Tax (Amendment) Act 2016 across the country, allowing the buyer to clean up their huge undeclared transaction amount and buy an illegal plot by paying three per cent tax to Federal Board of Revenue (FBR).

The amendment to the income tax law was approved by the National Assembly last week amid boycott of the session by the opposition parties. “The bill is acceptable to all stakeholders, including real estate agents, builders and developers and even the tax collection body,” Qaiser Ahmed Sheikh, chairman of the National Assembly’s Standing Committee on Finance, had told the lower house.

According to the bill, the formula for computing the amount is ‘A-B’, where ‘A’ is the value of the immovable property determined by the valuators of the FBR, and ‘B’ is the value recorded by the authority registering or attesting the transfer, which is the deputy commissioner’s office.

However, this formula will be applicable only if the value A is higher.

The buyer of the property will have to pay three per cent of the difference between the A and B, and the FBR will not ask about the source of their income.

The government will also benefit as the buyer will become a filer. The FBR will get three per cent tax from realty sector.

The amendment removes a gap between the basic rates at which most of the registries are signed at the deputy commissioner’s office (called DC rates) and the valuation by the Federal Board of Revenue (FBR) determining the price of the property.

On the filer investor, two per cent has been imposed by the government while the Non-filer investor will have to pay to four per cent tax on purchasing or selling any property.

Legal heirs of the martyrs of armed forces, levies force, and police are exempted from withholding tax.

The real estate sector in Pakistan is an important sector of the economy. Pakistan spends about $5.2 billion on construction annually, and construction output accounts for 2pc of GDP.

However, this real estate market is constantly declining, and a fall in property prices is evident in almost all major cities and areas. The property transactions are reported to be record low at present. The effects of amendments in Income Tax Ordinance-2001 connected with property valuation are becoming visible, and especially as the third quarter has ended; they are getting widespread.

The amendments to Income Tax Ordinance-2001 through the Finance Act 2016 were made from 1 July 2016, which stated that the provincial governments would no longer be evaluating the properties; rather the State Bank of Pakistan would be responsible for valuation of property and land, and refer it to FBR’s in-land revenue department.

This amendment is decreasing the investment in the real estate sector because investment flows from overseas Pakistanis are seen to be declining. An uncertain environment in the real estate sector prevails, which is impeding the overseas inflows and hence is depressing the inflows of remittances in the country. This is expected to aggravate the dismal economic outlook of Pakistan.