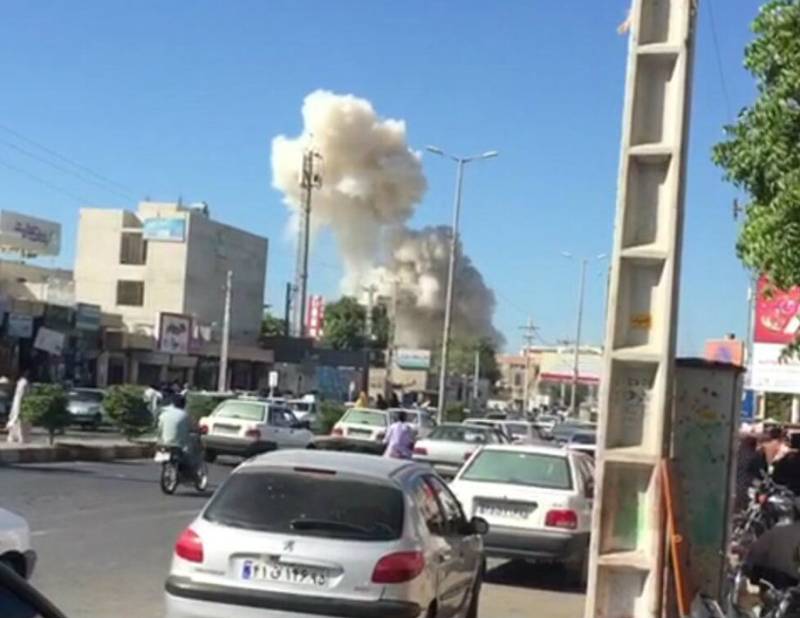 CHABAHAR - A suicide attack at Iran’s southeastern port Chabahar left at least four people dead and several others injured on Thursday morning, according to reports in local media.

The country’s Mehr News Agency reported the explosion was caused by a car bomb going off in front of the Police Headquarters in Chabahar, Sistan and Baluchestan province.

Among the injured were a number of pedestrians and shop owners, including women and children, who were rushed to Imam Ali Hospital.

The news agency cited Chabahar governor as saying that “terrorists have attacked the Chabahar Police HQ with a car packed with explosives”.

According to the deputy governor of Chabahar, the suicide bomber driving in a Nissan was planning to attack the police station, but was stopped by police officers at the front gate and detonated the explosives packed in the vehicle.

So far, no group has claimed responsibility for the attack.

Security forces have cordoned off the area. An investigation into the deadly suicide attack is underway.

TEHRAN - At least 24 Iranian revolutionary guards were killed after unknown gunmen opened fire during a military ...

The southeastern port city in Iran's Sistan and Balochestan province is located near the border with Pakistan.

It hosts the operation of a joint port project between Iran and India.

Chabahar Port, which is being developed with funding from India, has been described as India's "golden gateway" that will help boost trade links to land-locked Afghanistan and central Asia, while bypassing its regional rival, Pakistan.

In December 2010, at least 41 people were killed and 90 others were wounded following a suicide attack near a mosque in the city.

The attack was claimed by a Sunni Muslim group called, Jundallah, also known as Soldiers of God.