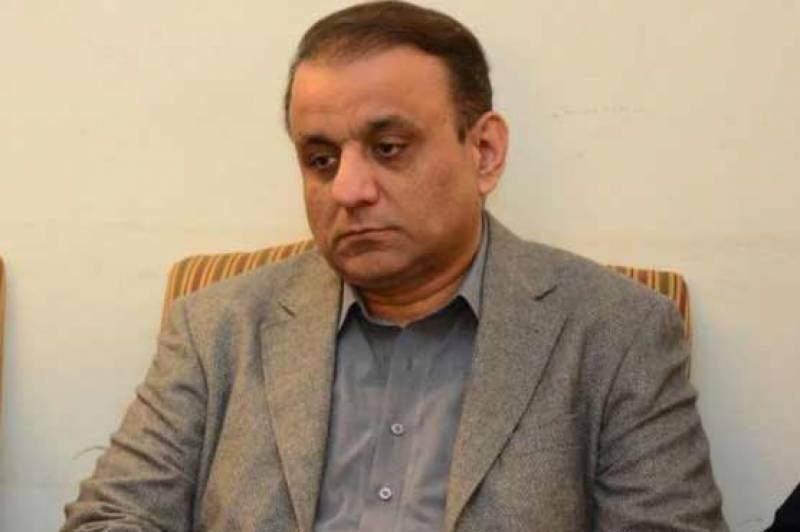 LAHORE – Abdul Aleem Khan has stepped down as Punjab Minister for Local Government and Community Development soon after he was taken into custody by the National Accountability Bureau (NAB) on Wednesday, family sources told local media.

Prime Minister Imran Khan hailed Aleem Khan, who is a senior leader of Pakistan Tehreek-e-Insaf (PTI), for resigning as provincial minister. Everything should be proceeded as per law in the cases against Aleem Khan, the premier said in a statement. He has also directed the ministers to refrain from giving unnecessary remarks on the matter.

Earlier today, a spokesperson for the anti-corruption watchdog confirmed Aleem Khan's arrest in a probe into a case pertaining to owing assets beyond his known sources of income and an offshore company.

The bureau will present the PTI lawmaker before an accountability court tomorrow (Thursday) to seek his remand.

NAB had summoned Aleem Khan at Lahore office for interrogation during which, the investigation officials were reportedly not satisfied with the records provided by him.

A probe was initiated into Aleem Khan’s offshore company on order of Chairman Justice (r) Javed Iqbal after he was named in Panama Leaks in April 2016 among 435 Pakistanis.

A thorough inquiry had been launched into shell entities situated in British Virgin Islands and the accountability bureau had sought details of persons concerned from Federal Board of Revenue (FBR) and State Bank of Pakistan (SBP).

Last year, the NAB had contacted the authorities in the United Kingdom to seek the details of assets owned by Punjab’s senior minister for local government and community development Abdul Aleem Khan.

The bureau also received the record of his tax returns, remittances and bank transactions from the Federal Board of Revenue and the State Bank of Pakistan.

According to political commentators, Aleem Khan was the front-runner for the slot of chief minister Punjab, however, the ongoing NAB probe hindered his appointment.

Aleem Khan denies involvement in any sort of wrongdoing regarding his business entities.