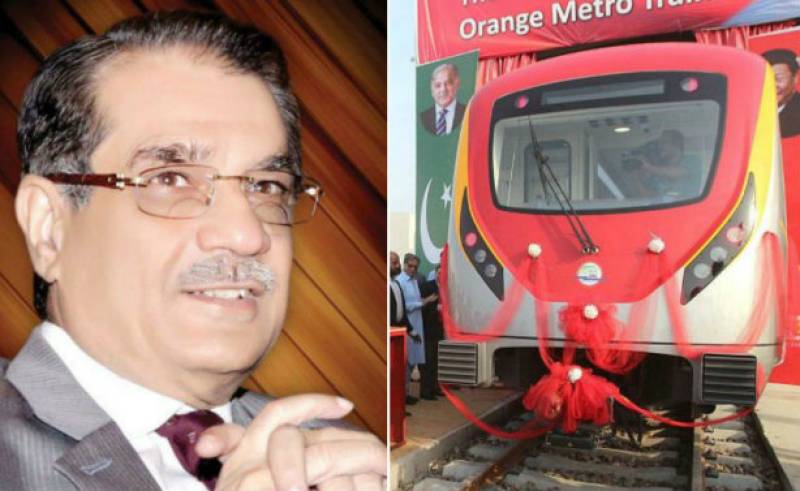 LAHORE - Chief Justice of Pakistan Mian Saqib Nisar has warned the Punjab government of halting Orange Line Train project if the provincial education and health sectors were not prioritised.

Heading a two member bench that heard the suo moto case at Supreme Court (SC) Lahore registry on Saturday, the CJP remarked that machines in hospitals were not working properly and no one was paying attention to it. “There will be no compromise on education and health of the citizens,” he stated.

The top judge also prohibited the country’s private medical colleges from charging more than Rs642,000 in fees, warning them of a complete closure if any discrepancies found in their accounts.

"The poor man's child also wants to become a doctor but can't due to a lack of resources," the CJP remarked during a suo moto hearing on the matter of private medical colleges' exorbitant fees.

"You are charging Rs642,000 in fees - we have to look into that," CJP Saqib Nisar told owners and chief executives of private medical colleges after they submitted their affidavits and account details on court orders. "You will have to return the excess amount, if found any. If any medical college is found charging even a rupee more, then it will not bode well for them."

The chief justice further said: "Now we will get to understand the science of medical colleges, and if a fault is found, then we will shut down all the private medical colleges and universities. No medical college will now be allowed to register."

The CJP also formed a constitutional committee that will visit all the medical colleges in Pakistan.

Hours after, hitting back at the chief justice for his remarks about shutting down Orange Line, Maryam Nawaz requested Saqib Nisar to also focus on the state of hospitals in Sindh and Khyber-Pakhtunwkha (K-P).

The PML-N leader and daughter of former PM tweeted urging the chief justice to spare some attention to other provinces from where people visit hospitals of Punjab for treatment.