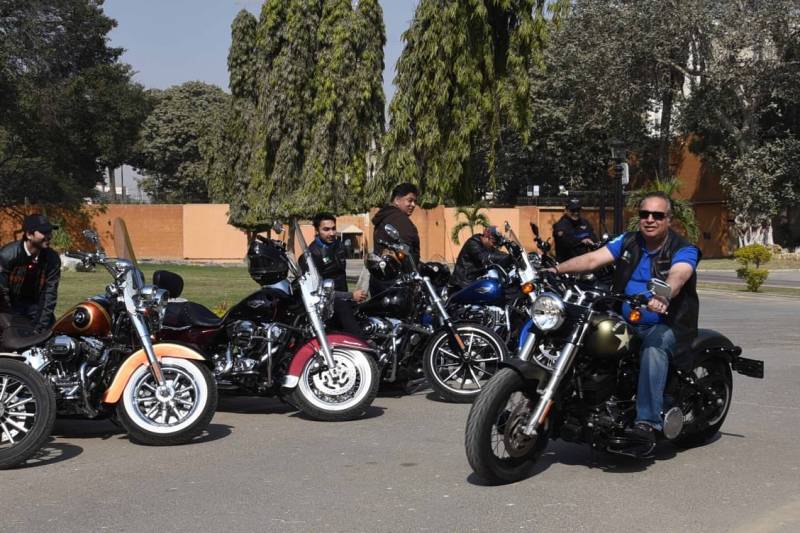 KARACHI – President Dr Arif Alvi Sunday underlined the need for promotion of healthy social and cultural activities among the youth for creating awareness about the rich and versatile culture of the country.

Talking to media persons at the Harley Davidson Bikes Show at the Governor House, the president appreciated the Sindh governor for holding socio-cultural events and hoped for arranging of more literary and cultural activities.

"Like elsewhere in the world, the city of Karachi has a large number of vintage and classic bike lovers. These guys love their bikes more than anything else and take care of them as their precious possessions."

Speaking on the occasion, Sindh Governor Imran Ismail said the vintage and classic Harley Davidson bikes show had been organised to aware the new generation about gradual improvement in the history of bikes manufacturing.

The show's purpose was to draw the people's attention towards the technology and evolution of bikes, he added.

Harley Davidson bike club visited Governor House, president of Pakistan and Minister for Aviation also graced the occasion. It was some ride. Thinking to buy one for myself. pic.twitter.com/giBZG7UtyF

He appreciated the spirit of bike lovers and their attachment with the bikes.

Vintage and classic bikes ranging from Harley Davidson 1200-3500 were the centre of attraction as the visitors could be seen taking selfies with the same in the background.