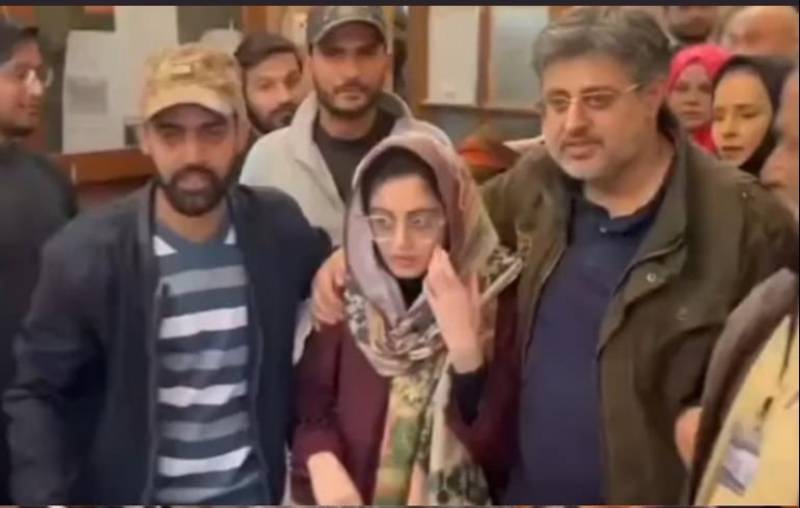 KARACHI — The Sindh High Court (SHC) on Friday ordered to temporarily hand over the custody of the 14-year-old girl Dua Zehra to her parents.

Dua was reported missing from Karachi on April 16, 2022, but was recovered from Punjab later and declared that she had run away from her home to marry 21-year-old Zaheer Ahmed.

Justice Iqbal Kalhoro of the SHC heard the case today during which the minor girl was also presented before the court.

During the hearing, Justice Kalhoro asked the girl whether she wants to stay at the shelter home or with her parents. The 14-year-old replied to the judge that "she wants to go to her parents' home and stay with them".

Huge victory! Dua Zehra back to her legal guardians! Look at Mahdi Kazmi! He can’t contain his joy! And lovely to witness Dua joking with media person, acting her age. She is so calm. Alhamdulila ❤️ pic.twitter.com/dGjetEOmHI

The court then asked the parents Mehdi Kazmi and Saima Kazmi to submit a bond of Rs1 million. However, the permanent custody of the girl will be decided by the trial court.

The court also said that a child protection officer along with female police would visit the girl every week. It also said that the said officer would submit a report to the court after every meeting with the teenager. Justice Kalhoro also ordered that the girl would not be allowed to leave Pakistan until the case was decided.

Dua's lawyer, Jibran Nasir, welcomed the decision and said that the child was finally going home after a seven-month-long battle.  Taking to Twitter, Jibran said: "There are many lessons to be learnt from this case and reforms are needed to curb child marriages."

Alhumdulillah after 7 month long battle today victim child is finally going home. She unequivocally informed Hon' High Court that she wants to reside with parents. There are many lessons to be learnt from this case & reforms are needed to curb child marriages