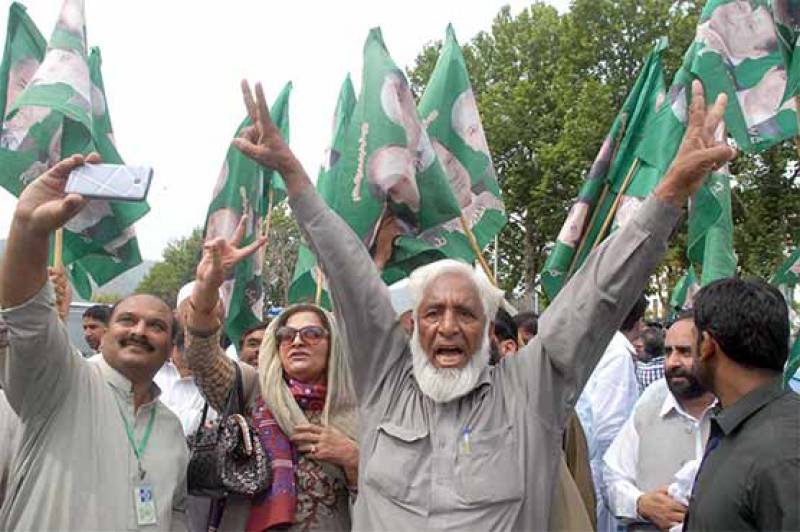 ISLAMABAD - Security has been tightened in the capital city in order to overcome any untoward situation ahead of the much-awaited verdict in the Avenfield case against members of the Sharif family.

Amid the uncertainty, an intelligence department has gauged the expected response from the supporters of the Pakistan Muslim League-Nawaz (PML-N) on the unfavourable verdict.

Special branch in its report to the Punjab government said that the workers of the party would remain calm and would not take to the streets if their leader is convicted in the case, local media reported, citing sources.

Judge Mohammad Bashir has reserved verdict over the Sharifs plea to delay the verdict and announced it on later today. If the petition is rejected, the court will announce the verdict in the Avenfield case today, deciding the political fate of the PML-N.

Islamabad police officials and Paramilitary troops deputed at the Federal Judicial Complex, where the court is located. The roads leading to the complex have also been closed to traffic.

If convicted, the accused can face up to a 14-year imprisonment and lifelong disqualification from holding public offices, as well as the freezing of bank accounts and assets.