Powerful being held accountable for the first time in Pakistan, says Imran Khan after Avenfield verdict 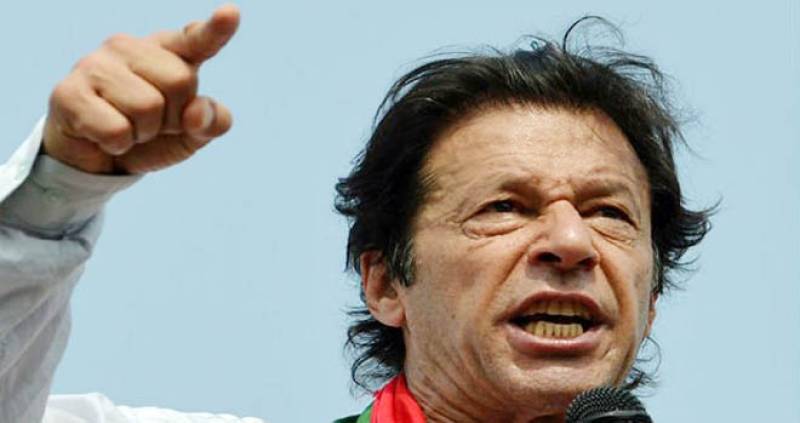 SWAT - Pakistan Tehreek-e-Insaf (PTI) chairman Imran Khan said on Friday that the court verdict against the Sharif family shows powerful are being held accountable for the first time in Pakistan.

Addressing a rally in Sawat, PTI chief said the children of former prime minister Nawaz Sharif had given contradictory statements previously about owning apartments in London.

Imran Khan said that Nawaz's son had accepted ownership of the London properties on television, adding that  July 26 will see the dawn of a 'new Pakistan'.

Imran also lamented the lodging of several cases against him in a bid to silence his struggle in exposing the Sharif family's corruption.

Khan also recounted his struggle to get the Sharifs convicted since the Panama Papers first surfaced in 2016. He said the parliament failed to do anything and the matter had to be taken to the Supreme Court after PTI's protests.

Drawing attention to the human development carried out in Khyber Pakhtunkhwa during PTI's tenure, the cricketer-turned-politician said the other provinces wanted to model their police, health and education system along KP's example.