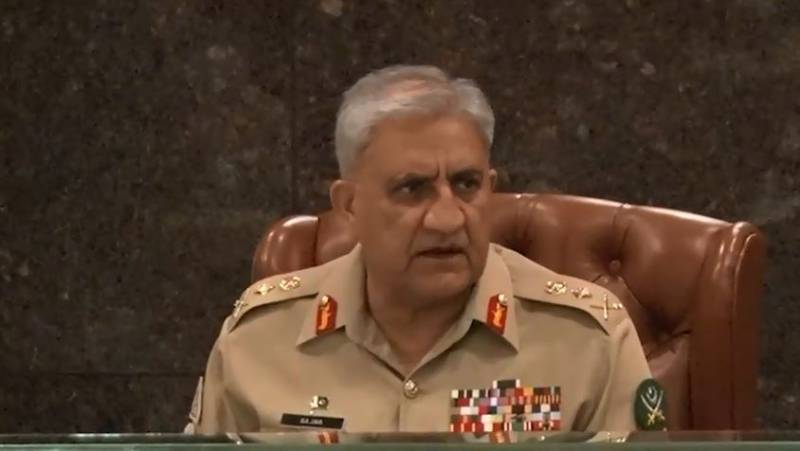 RAWALPINDI - Chief of Army Staff (COAS) General Qamar Javed Bajwa said on Tuesday that Balochistan is in sharp focus of national leadership and Army is fully engaged in enabling National and Provincial response in synergy with other institutions of state.

COAS made the remarks while interacting with participants of 7th National Workshop Balochistan at GHQ.

The workshop was attended by large number of parliamentarians, bureaucrats, members of civil society, youth, academia and media representatives, the workshop is aimed at enabling future leadership of Balochistan in understanding vital national / provincial issues and mounting cohesive response.

Army chief said that Balochistan’s peace and prosperity is the bedrock of Pakistan’s progress. It is time to reap dividends of hard-earned peace and expedite socio-economic development adopting people centric approach for attaining enduring stability.

Security forces shall remain steadfast and determined to defeat enemies of peace and prosperity of Balochistan/ Pakistan.

“We are a resilient nation that has endured the tests of time on its path to achieving peace and stability,” COAS concluded.