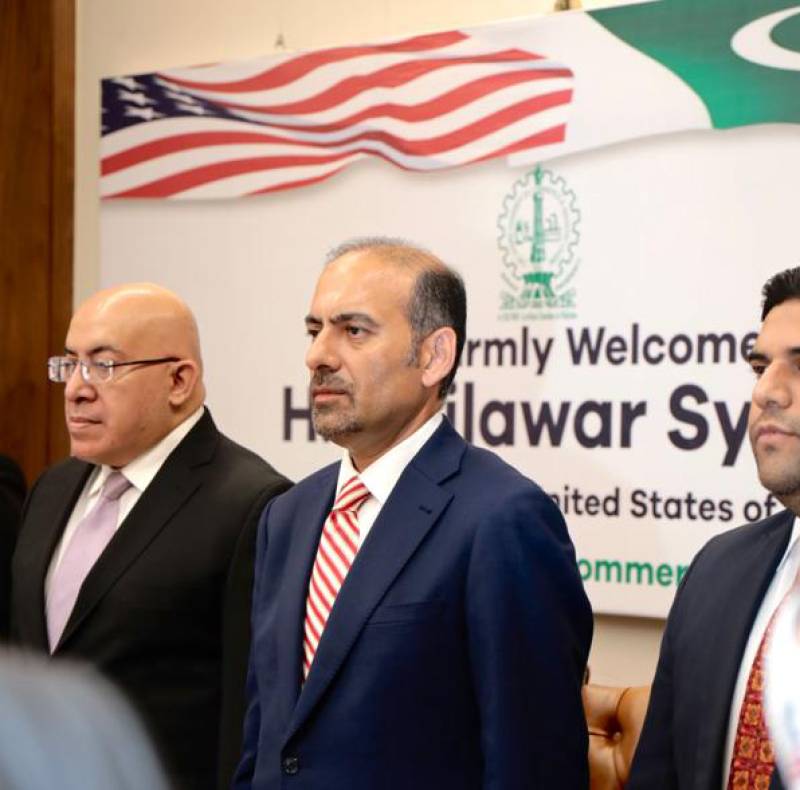 Pakistanis living abroad, especially those living in the United States and Europe, spend most of their lives in a state of confusion. Many Asians in Western societies, especially Pakistanis, are unable to adjust themselves socially. With their abilities they get success in business and professional lives, but most of them fail to play a significant role in society because the contradictions between the two civilizations isolate them mentally and socially.

Dilawar Syed, a Pakistani born in Sialkot, lost his father when he was quite young. He spent his early years in the Aitchison College hostel and then moved to Ohio for higher education after completing his A levels. He received a BA degree from University of Texas and then an MBA from the prestigious Wharton School of Business at the University of Pennsylvania. He has been running software and healthcare companies in the United States for the past twenty years.

Dilawar Syed achieved success in his professional life, rose to prominence in American society, and was noticed by the Obama administration. At various times since 2010, he has been part of White House's various economic committees, and a few months ago, he was appointed Special Representative of the State Department for Commercial and Business Affairs. Currently, he is on his first visit to Pakistan since his appointment. 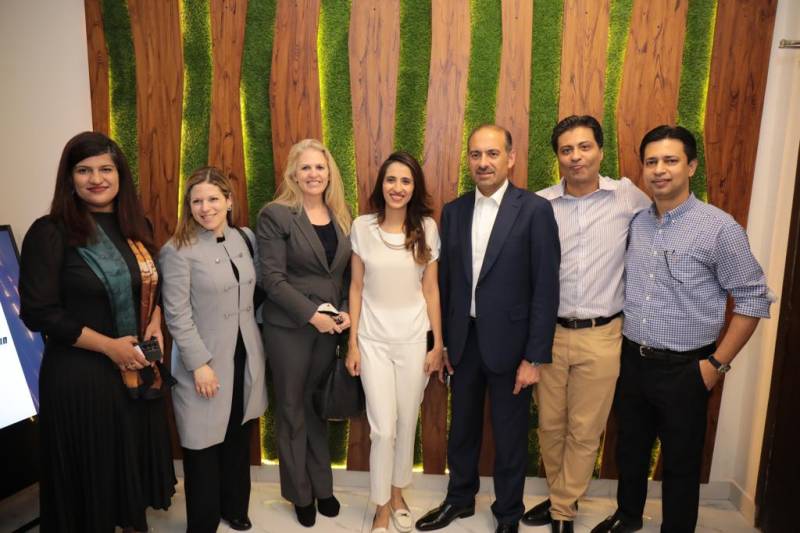 On this occasion, noted political leader and businessman Zaka Ashraf hosted a dinner in his honour at his residence where we had a detailed discussion with Dilawar Syed. We learned in this meeting that even though he is a representative of the US government, Pakistan lives in his heart. In a brief conversation, he repeatedly expressed his desire to see Pakistan develop.

Dilawar called Sialkot a very pure city as he spent his childhood in the city located in north-east Punjab. He spent the early part of his life there, and still vividly remembers his childhood memories. According to him the lessons learned in Pakistan as a boy are still useful in his professional life today.

He said that Sialkot is a city where a person born in one social class can dream of ascending to another class and make this dream a reality. In this respect, Sialkot is different from other cities of Pakistan. The opportunities for individual development here are much higher than in other cities.

Dilawar said that IT is a sector that can shape the future of Pakistan. He believes youth have a critical role to play if the fate of Pakistan is to change. Pakistan's IT sector has the potential to export 15 to 20 billion dollars annually.

He shared that some venture capitalists have recently invested in Pakistani IT companies. When the investor sees a profit, according to Mr. Dilawar, he does not worry about risks or perceptions, does not worry too much about the overall environment, and invests for his own gain. There is great potential in Pakistan's IT sector. With a little attention, it can make a big difference in exports. He said that apart from this, textile is also a sector that still has a lot of potential and it cannot be ignored. The textile industry can also significantly contribute to increasing the country’s exports, and major Pakistani businessmen are associated with the sector.

In response to a question, he said that it is unfortunate that business people in Pakistan are satisfied with their success very quickly, which is why only a few Pakistani companies stand out among the world’s largest companies. If you look at the neighbouring countries, the billionaire businessmen there have invested in other sectors besides their own industry. Pakistani businessmen also need to get out of their comfort zone, pay attention to finding new opportunities and think outside the box so that they can be counted among the world's largest companies.

Dilawar Syed said that the world is changing very fast nowadays; it also creates new opportunities for new people. There is a lot of hope in the new generation of Pakistan that young people will work on new ideas and adapt to the way the world works. 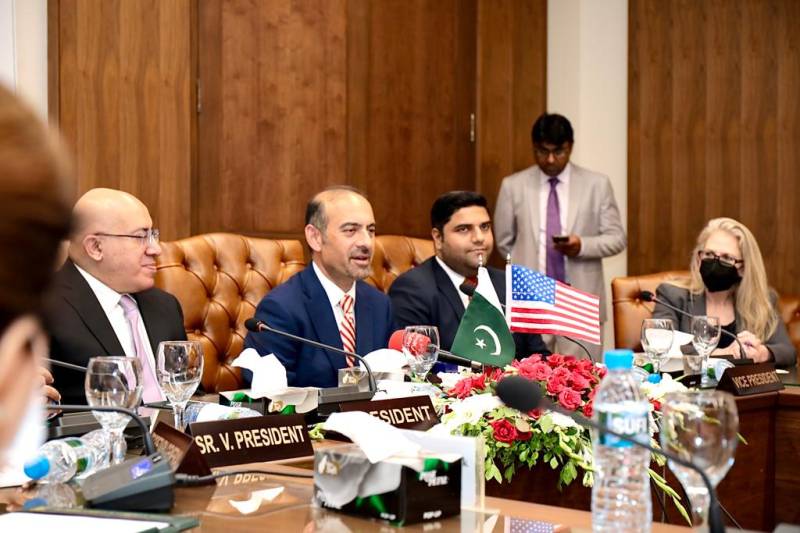 He again mentioned Sialkot, saying its sports industry faced a great challenge from China because everything was made by hand here, whereas with the advent of automation in China, the cost of making sports equipment could not be matched. Since the people of Sialkot were already supplying goods to the world market, they quickly adapted to the situation and today most of the industry in Sialkot is automated and up to international standards, which is why China couldn't take their market. This proves that if you change your business and yourself according to the circumstances, then you can tackle bigger risks and compete with more powerful competitors.

Regarding his visit to Pakistan, he said that he has been very warmly received here. The way he has been welcomed by ordinary people, businessmen and government officials has exceeded his expectations. Pakistanis do not consider him a representative of the US government but their own Pakistani brother. It really feels like I'm back in my country. 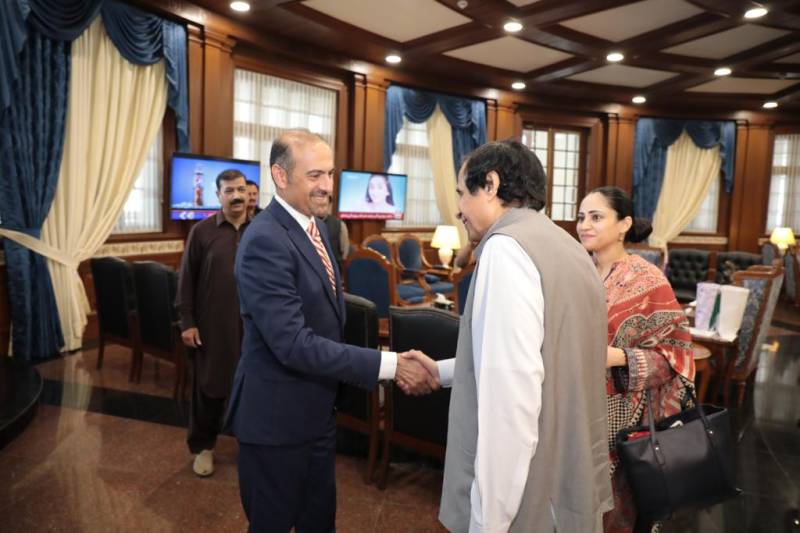 Dilawar said that he wants to promote Pakistani business and state in Washington but the main responsibility here is of Pakistanis themselves. "Where there are flaws, efforts will be needed to fix them, and hard work will be needed to further improve our image in the world."

Usman Mujib Shami is the Executive Editor of Daily Pakistan. He did his Masters in international Business from Hult University and his Bachelors from Institute of Business Administration, Karachi.