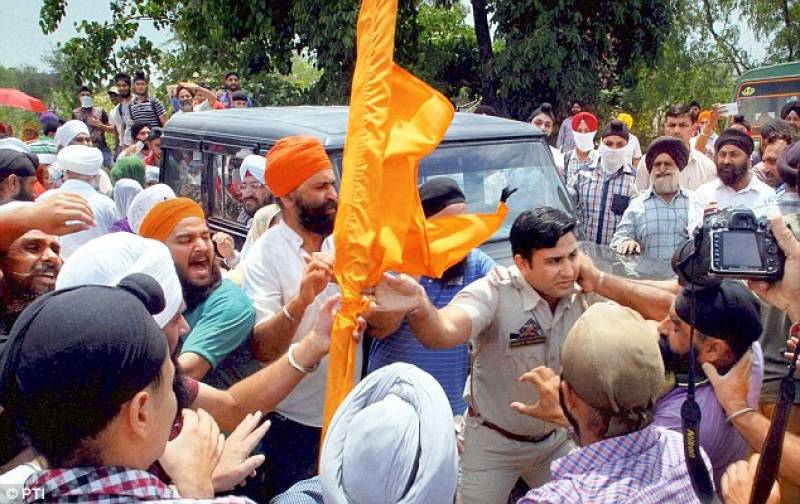 NEW DELHI - Indian authorities are finding it hard to tackle the widespread protests in Amritsar as pro-Khalistan activists are marking the 34th anniversary of the Army's 'Operation Blue Star', inside the Golden Temple complex.

The clash between radical Sikh elements and the Shiromani Gurdwara Parbandhak Committee (SGPC) started Wednesday in front of the Akal Takht, the highest temporal seat of Sikh religion.

According to reports put forth by Indian media, at least one person was injured as the SGPC task force members tried to prevent the agitators from disturbing the ceremony. 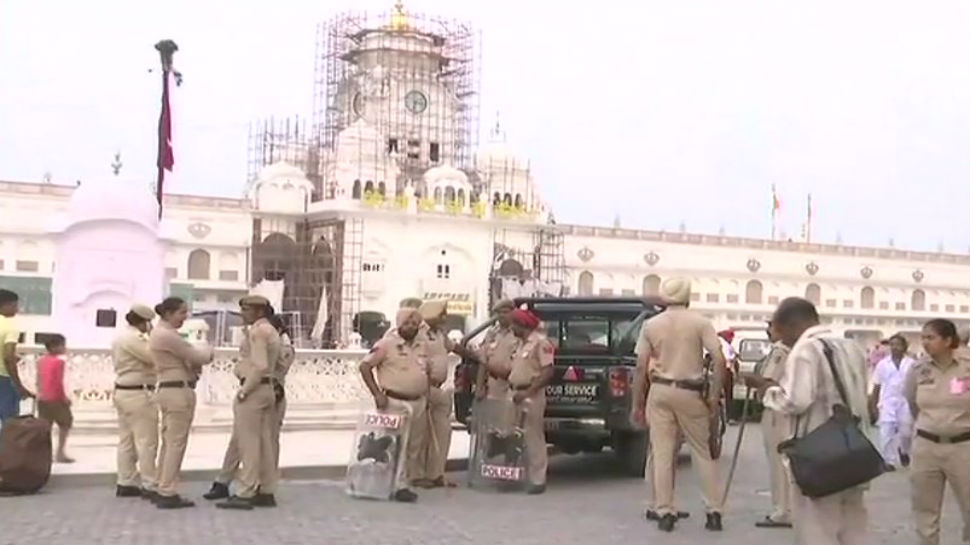 Police personnel deployed inside the shrine complex tried to control the situation from getting out of hand; apparently, the arrangements did not bear fruit.

Earlier in the day, members of the All India Sikh Students Federation (AISSF) raised pro-Khalistan slogans inside the temple premises.

This is not the first time such clashes have broken out, as violent clashes have been common at the Temple on the anniversary of Operation Blue Star in successive years.

What Happened In Operation Blue Star?

Operation Blue Star was an Indian military operation which occurred between 3-8 June 1984 and was ordered by Prime Minister Indira Gandhi in order to establish control over the Harmandir Sahib Complex in Amritsar, Punjab.

It was also intended to remove Jarnail Singh Bhindranwale and his armed followers from the complex buildings.

The operation had two components-Operation Metal, confined to the Harmandir Sahib complex, and Operation Shop, in which the Punjabi countryside was raided to capture any suspects.

Following Blue Star, Operation Woodrose was launched in the Punjab countryside where Sikhs, specifically those carrying a kirpan and doing protest, were now targeted.

The operation was carried out by Indian Army troops with tanks, artillery, helicopters, and armoured vehicles, and chemical weapons on a sacred Sikh religious day, the martyrdom day of Guru Arjun Dev Ji, the founder of the Harmandir Sahib.

The military action riled the Sikhs who initiated a movement to resign from the Indian army and returned awards and honours they had received from the Indian government.

Four months after the operation, on 31 October 1984, Indira Gandhi was assassinated by Satwant Singh and Beant Singh who were her two Sikh bodyguards; the assassination is viewed as an act of vengeance.

Gandi's murder stirred communal tension in India following which more than 3,000 Sikhs were killed in the anti-Sikh riots.