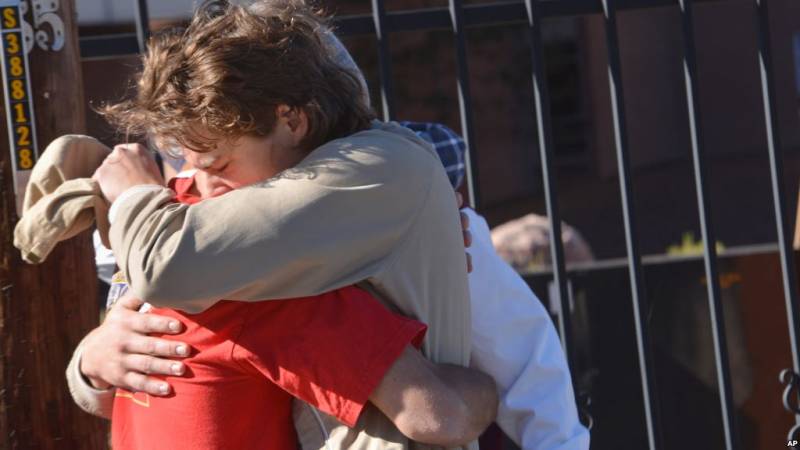 One person was killed and three injured in the first shooting at Northern Arizona University early on Friday, which involved fraternity members. 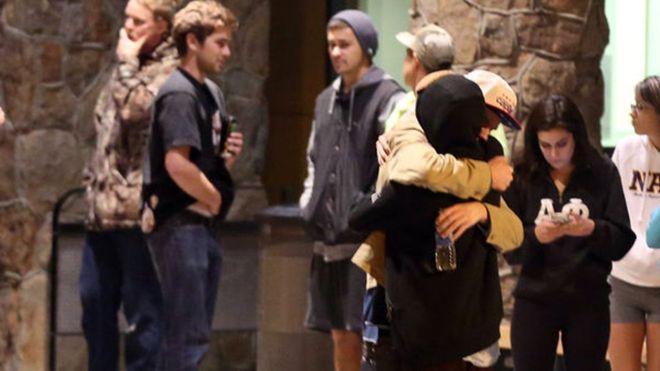 Later that morning a shooting at a student complex near Texas Southern University left one person dead, the BBC reported.

The attacks came as President Barack Obama visited families of victims of a college shooting in Oregon.

On arriving in Oregon, he was jeered by gun-rights activists who oppose calls he made for tougher gun laws after nine people were killed at Umpqua Community College, Roseburg, last week. 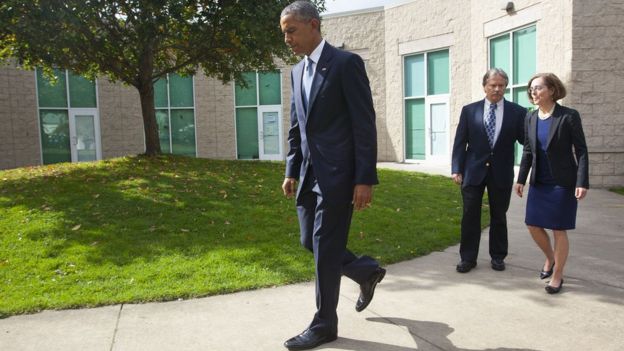 After a private meeting with families, Mr Obama said he had "strong feelings" about gun control, adding: "We are going to have to come together as a country to see how we can prevent these issues from taking place."

On the edge of this little American timber town, a few hundred protestors gathered to tell their president he was not welcome. Many were openly carrying handguns to hammer home their message. 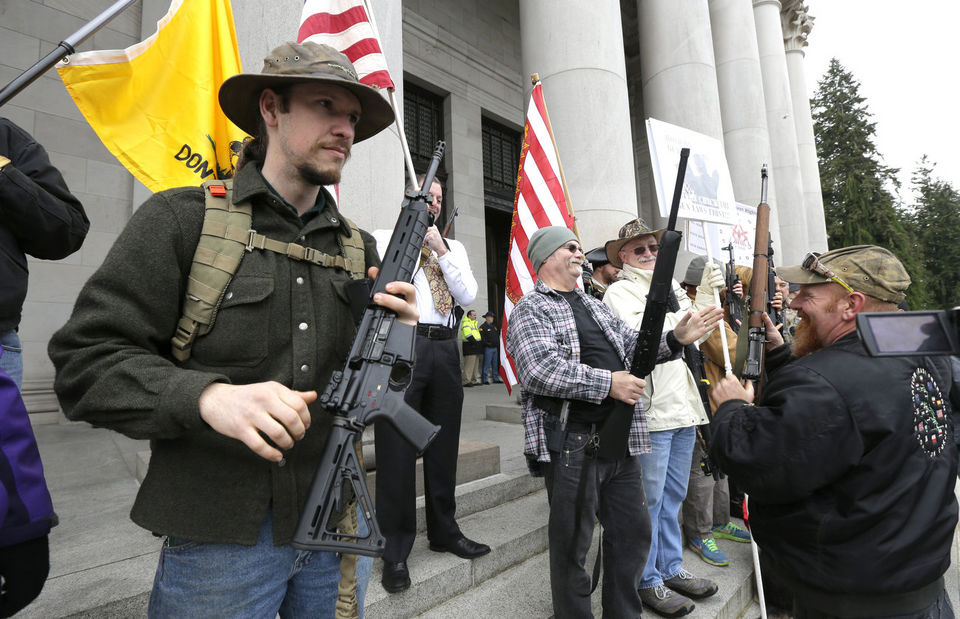 The demonstrators blamed the massacre here last week on two things: a failure to treat mental health problems and the designation of Umpqua Community College as a gun-free zone.

Many of those we spoke to said they had travelled to Roseburg from elsewhere in Oregon to make their voices hear.

They had no shortage of complaints. Mr Obama wanted to take away their guns, they said. He was interfering in state business. He favoured "Muslim immigration". 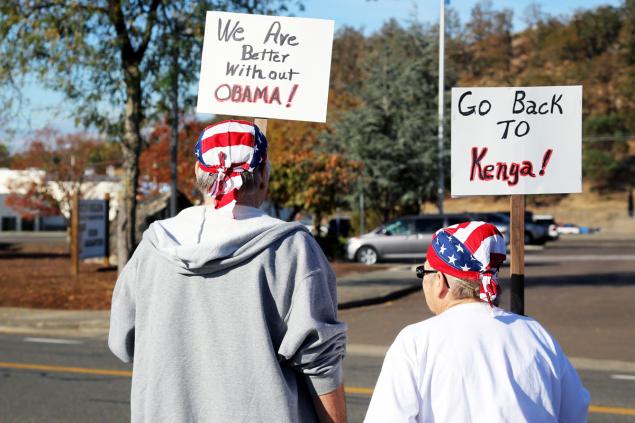 Several signs said he should go home "to Kenya". One proclaimed "Christian Lives Matter", an apparent reference to the Black Lives Matter campaign against police brutality.

The hostility to the Democratic president here in Republican rural Oregon was not just political, it was personal.

In Arizona, police named the gunman there as Steven Jones, an 18-year-old first year student at Northern Arizona University. 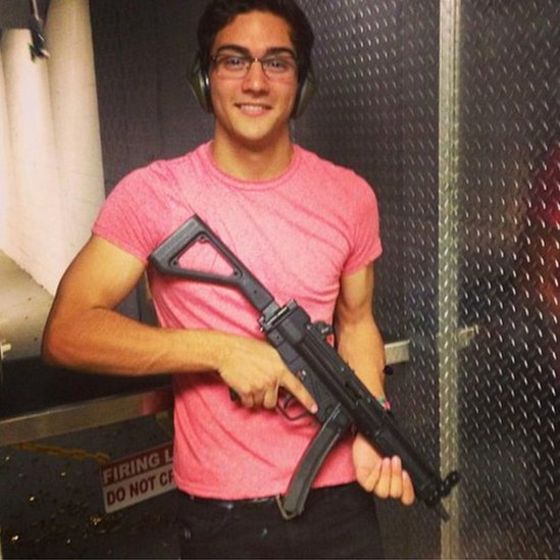 Mr Jones has been charged with first-degree murder and three counts of aggravated assault.

The four victims are members of Delta Chi fraternity, but Mr Jones is not.

Mr Jones told police he was approached by a group of men and assaulted. He fled, retrieved a gun from his car and opened fire when the men caught up with him, Arizona police said. Witnesses told police that the victims were unarmed. 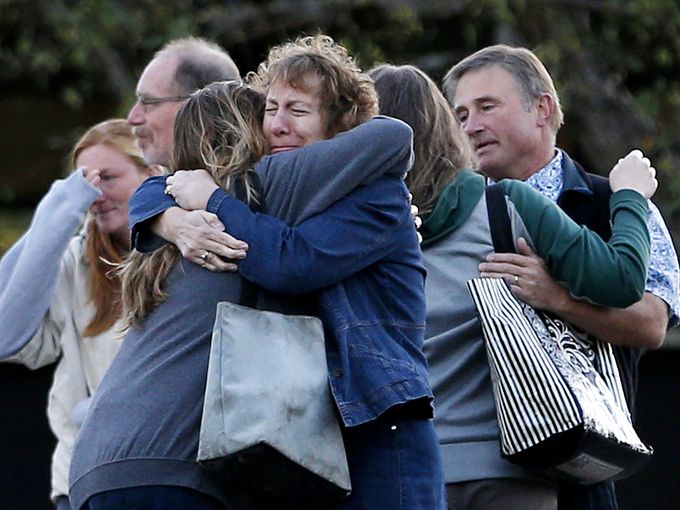 The university has identified the student who died as Colin Brough and said the three students who were wounded are being treated in hospital.

The second shooting in Texas happened later on Friday morning at the University Courtyard Apartments on the edge of the Houston campus.

One student was killed, the university confirmed, and another person was wounded. Two people have been detained as suspects and a third is still at large, said Houston police spokeswoman Jodi Silva.

In Arizona, the university president expressed shock at the tragedy. "This is not going to be a normal day at NAU," said Rita Cheng. "Our hearts are heavy." 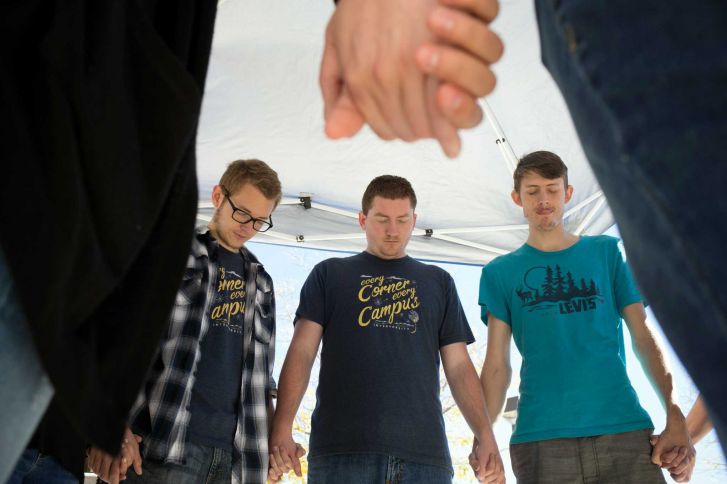 Representatives from the Delta Chi fraternity's national organisation said its members were involved in the confrontation.

The Mountain View Hall dormitory where the shooting took place houses the "majority" of students participating in fraternities and sororities, according to the school website.

Arizona law prohibits guns from being carried on campus, but they are permitted inside of a locked vehicle.

Arizona Senator John McCain released a statement to say that he is praying for all those "impacted by this terrible tragedy".