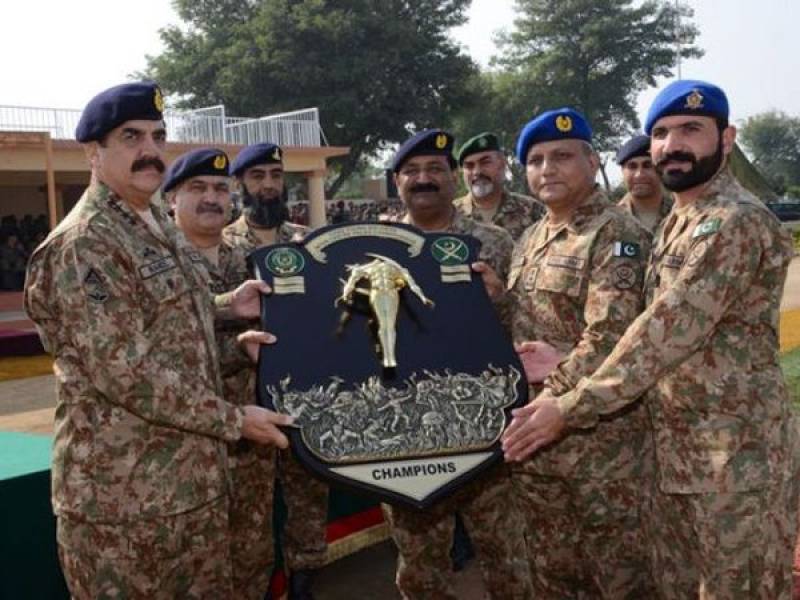 "We have to strive hard to maintain that level and keep improving our combat efficiency and that is only possible through rigorous training," he made these remarks while witnessing the concluding ceremony of third physical Agility and Combat Efficiency Championship held near Attock.

`According to ISPR, all teams participated with extra ordinary vigor and demonstrated highest level of motivation, agility and physical fitness.

Emphasizing on the need of physical fitness for a soldier, the COAS appreciated the phenomenal performance, competitive spirit and efforts of both trainers and trainees in achieving remarkable standards.

He said, physical fitness helps in improving self-confidence and competence of a soldier, adding, it is

heartening to note that Pakistan Army soldiers are way above the international standards laid-down to judge the physical efficiency.

He appreciated the soldiers setting new records and encouraged them to participate in national and international events. He emphasized that focused training is the heart and soul of combat readiness and contributes positively towards success on the battlefield.