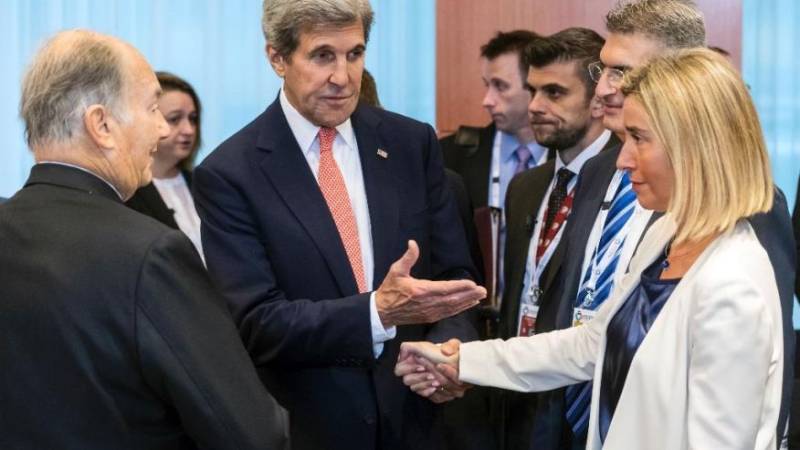 Earlier this year Afghanistan, Pakistan, the United States and China held multiple rounds of meetings alternatively in Islamabad and Kabul to arrange direct peace talks between Taliban and the Afghan government, however, talks were stalled after Kabul bombing which claimed dozens of lives.

Speaking at an international conference in Brussels to raise funds for Afghan government, Kerry said: "This a model for what might be possible ... I think the message from every person here would be to the Taliban, take note."

He reiterated that Taliban and other insurgent groups could not win the war on the battlefield.

"There is a path forward towards an honorable end to the conflict that the Taliban have waged – it is a conflict that cannot and will not be won on the battlefield. A political settlement negotiated with the Afghan government is the only way to end the fighting, ensure lasting stability, and achieve a full drawdown ultimately of international military forces, which is their goal," he said.

"Their goal of ridding Afghanistan of external forces will not occur by ... the continued insurgency, it will come though peace," Kerry went on to say.

It is also worth mentioning here that Afghan government has promised Hekmatyar and his group an amnesty for the past crimes. In return Hizb-e-Islami would cut all ties with militant groups and accept the Afghan constitution.

Gulbuddin Hekmatyar would also be able to participate in political process and the Afghan government would take all necessary measurements to get the international sanctions waived off for the militant group.