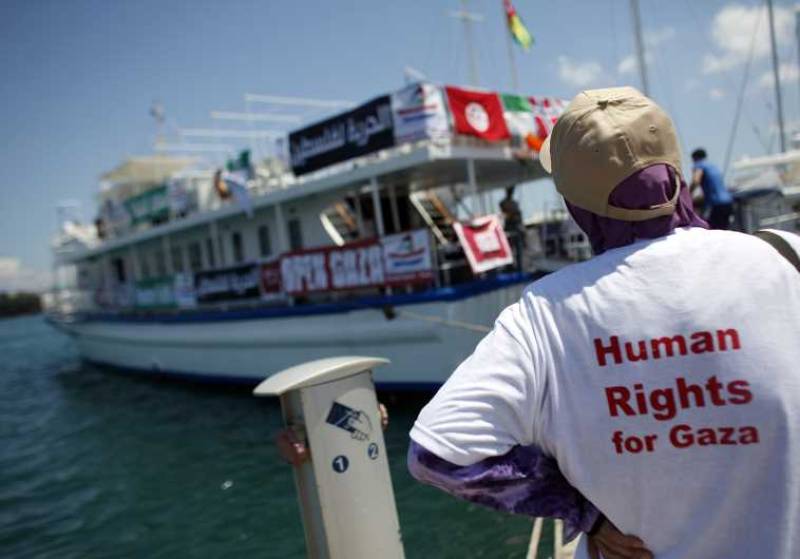 LONDON (Web Desk) - Members of top UK rockstar band Pink Floyd have joined hands with each other in a bid to support  Gaza Freedom Flotilla.

According to the official Pink Floyd Facebook page, David Gilmour, Nick Mason and Roger Waters have vowed to stand united in support of the Women of the Gaza Freedom Flotilla.

The trio deplored their illegal arrest and detention in international waters by the Israeli Defense Force.

Member of the band, Roger Waters has condemned the Israeli navy’s move to detain a boat carrying pro-Palestine women activists  including a Malaysian doctor.

In a statement, the military said naval forces stopped the boat in international waters and urged it to change course. When it refused, the navy says it stopped the boat and searched it. It said the search was “uneventful.”

The boat is reportedly sponsored by the Freedom Flotilla Coalition, a group of pro-Palestinian groups based mostly in Europe.

Israel also raided a Turkish-led flotilla bound for Gaza back in 2010 killing 10 Turks.