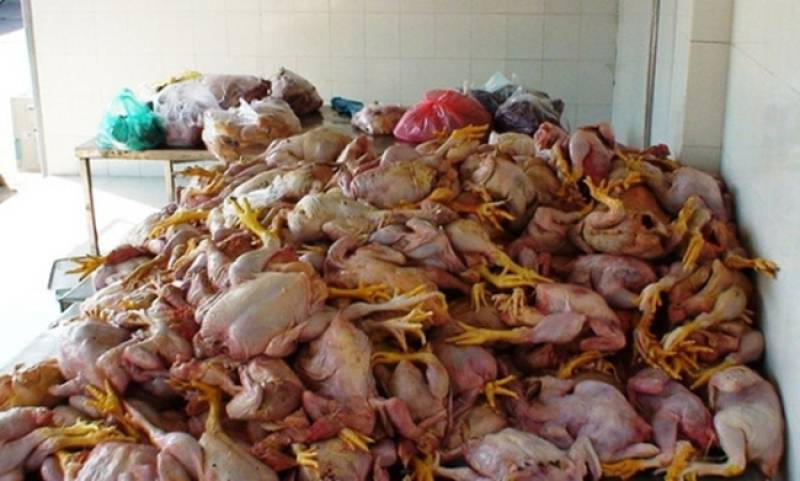 ISLAMABAD - In what appeared to be a business on the cost of human lives, it was disclosed during an official meeting that renowned hotels as well as other smaller establishments are involved in using unhygienic chicken meat in the capital city.

A meeting of Senate Standing Committee on Health took place in Islamabad where these shocking revelations surfaced.

He added that teams recovered meat stored for months from the stores of these hotels and tried to seal them but they could not take action against them due their political influence.

On the other hand, Senator Mian Attique took up the issue of using urea fertilizer, detergent powder in milk and suggested to call a meeting of Pakistan Dairy Association to settle the issue. Representatives of district administration also informed that 25,000 litres of milk has been wasted due to adulteration.

The Senate committee meeting also postponed the bill regarding smoking till the next huddle as the information of legislation was not completed.