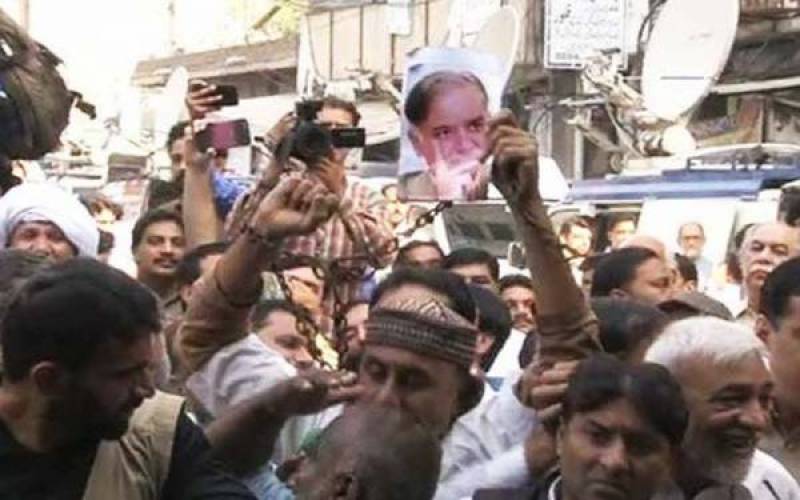 LAHORE - A jubilant worker of Pakistan Muslim League-Nawaz (PML-N) was injured as he fell off a bullet-proof vehicle which was carrying party president Shehbaz Sharif.

The injured worker was shifted to a nearby hospital on Saturday when the younger Sharif was produced before the accountability court judge Najam ul Hassan.

Scores of PML-N workers gathered outside the accountability court in Lahore and chanted slogans in favour of the party president when Shehbaz was being produced earlier today.

On his arrival, several workers climbed up on one of the armoured vehicles while one of them lost his balance.

There were two armoured vehicles brought to the court - one entered the court from the back door and the other from the front door.

The leader of the opposition in the National Assembly was arrested by the National Accountability Bureau (NAB) on Friday in the Ashiana Iqbal Housing Scheme case on Friday, with calls from the political leaders that the arrest was a manifestation of political victimization.