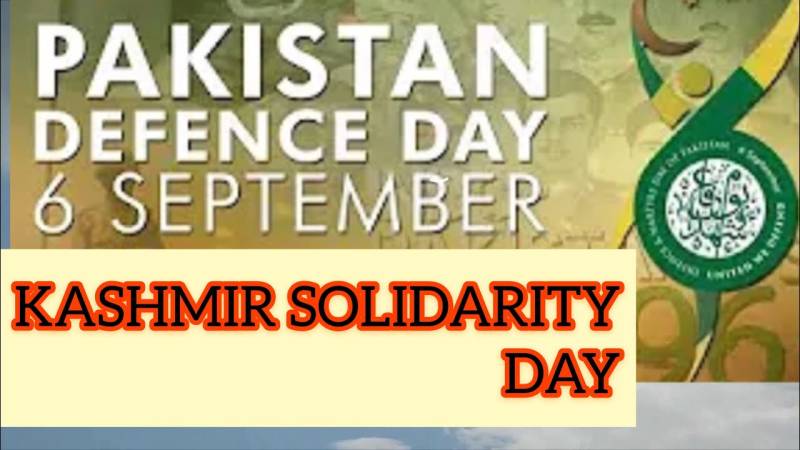 ISLAMABAD - Defence and Martyrs Day is being observed today to pay tributes to the martyrs and ghazis and reaffirm commitment to defend the motherland against all threats.

It was on this day in 1965 that the Indian forces crossed international border in the darkness of night to attack Pakistan but the nation foiled nefarious designs of the enemy. The Defence and Martyrs Day is also being observed as Kashmir Solidarity Day to reaffirm the support of Pakistani nation to the oppressed people of occupied Kashmir who have been under lockdown for over a month now, the Radio Pakistan reported.

Special prayers are being offered after fajr prayer in mosques for the progress and prosperity of the country and independence of occupied Kashmir from the cruel clutches of India. Fateha and Quran Khawani will also be held for the martyrs. The day dawned with 31 gun salute at the Federal Capital and 21 gun salute at provincial capitals.

The main ceremony of the day will be held at General Headquarters in Rawalpindi to pay tributes to the martyrs.

According to a notification issued by the interior ministry, the offices throughout the country will be closed by 3 pm to mark the day and show solidarity with the Kashmiri people. A special ceremony was held at Mazar-e-Iqbal in Lahore this morning on the eve of Defence and Martyrs Day.

A smartly turned out contingent of Pakistan Army presented guard of honour.

A change of guard ceremony was at held at the mausoleum of Quaid-i-Azam Muhammad Ali Jinnah in Karachi this morning.