Pakistan will not leave Kashmiris alone or at mercy of circumstances, says COAS Bajwa 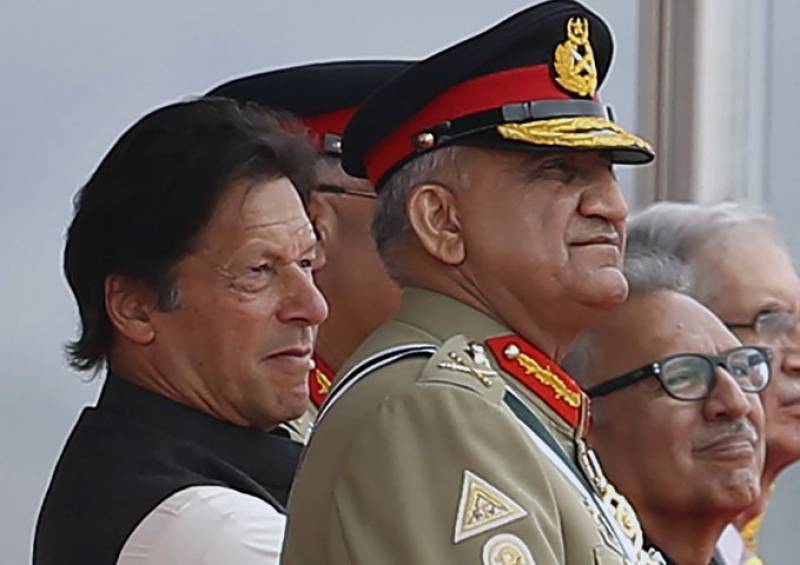 RAWALPINDI – Chief of Army Staff General Qamar Javed Bajwa has emphatically stated that Pakistan's armed forces have not and will not refrain from any sacrifice for the defence of the motherland.

He was addressing the main ceremony in connection with Defence and Martyrs Day at the General Headquarters in Rawalpindi on Friday.

The Army Chief said a peaceful and strong Pakistan is our destination and we are steadfastly moving towards that end.

He said the country's armed forces ensured the security of the motherland by rendering sacrifices both in the conventional war and fight against terrorism.

General Qamar Javed Bajwa voiced serious concern over the prevailing situation in occupied Kashmir. He said Kashmiri population is the victim of the oppression and tyranny of India's Hindutava government.

He said Kashmir is an unfinished agenda of the realization of Pakistan and it will remain so until the outstanding dispute is resolved in accordance with the UN Security Council resolutions and aspirations of Kashmiri people.

The Army Chief assured the Kashmiri people that Pakistan will not leave them alone or at the mercy of circumstances. He said the hearts of both Pakistanis and Kashmiris beat together.

He said the valiant people and armed forces of Pakistan are ready to sacrifice anything for their Kashmiri brethern. Kashmir is our jugular vein. We will fulfill our commitment towards Kashmir till last bullet, soldier and breath.

He said Pakistan will go to any extent in support of oppressed Kashmiri people.

The Army Chief said Pakistan has played a very positive role for regional peace and stability.

He said Pakistan has strived for peace and stability in Afghanistan and will continue these efforts in future as well.

He said our complete cooperation in the ongoing Afghan reconciliation process reflects our mindset.

He said Pakistan will continue to extend its cooperation for successful conclusion of this process as peace in Afghanistan guarantees peace in Pakistan.