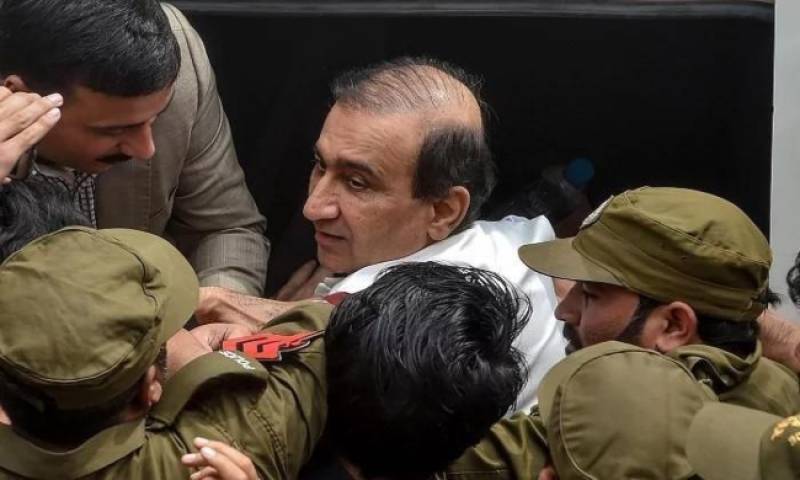 The division bench headed by Justice Sardar Ahmad Naeem heard the petitions filed by Mir Shakil and his wife, Shaheena.

He submitted that the bureau had put 26 questions to the accused in connection with the matter but he denied all.

He alleged that the accused obtained illegal exemption of 54 plots of one-kanal each in Johar Town Lahore, with the connivance of Nawaz Sharif, the then chief minister of Punjab, in violation of the exemption policy. He submitted that Nawaz Sharif also observed that special favour should be given to Mir Shakil while approving the summary in 1986.

He argued that a complete block was alloted to Mir Shakil in violation of the exemption policy. He submitted that even two roads were included and there was no example of such a favour in the history. it is first case wherein unusual favour has been given, he added.

At this, Justice Sardar Ahmad Naeem questioned, whether, roads could be exempted under the policy.

To which, the prosecutor replied that a road could not be exempted in any housing society.

However, Barrister Aitzaz Ahsan submitted that Mir Shakil was not only old but also ill.

He assured that the accused would not flee. He pleaded with the court to grant him bail against surety bonds.

The bench after hearing detailed arguments of the parties dismissed bail petitions for the release of Mir Shakil.

Mir Shakil and his wife had challenged the arrest through two different petitions. Theysubmitted that the NAB acted beyond its jurisdiction and violated it's own policies.

They had submitted that the plots were exempted in accordance with the then prevalent policy.