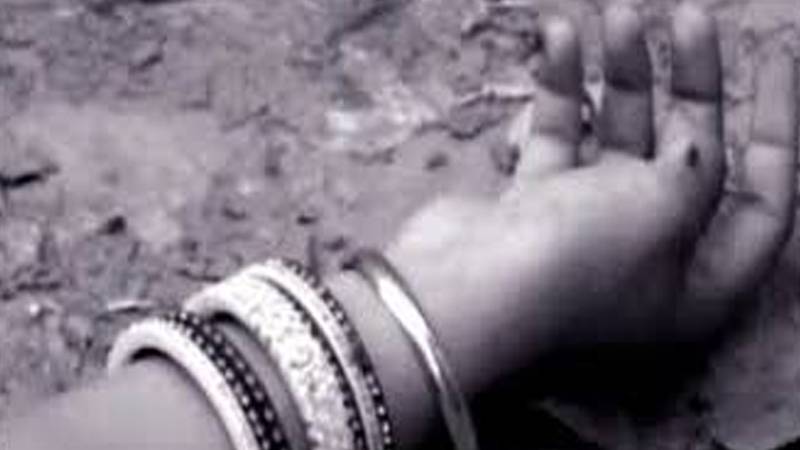 LAHORE (Staff Report) – A 22-year-old pregnant woman was torched to death allegedly by her brother-in-law over a property dispute in Shadbagh area.

Police claimed Sidra, seven months pregnant, belonging to Shakargarh tehsil in the Narowal district, was married to her cousin Waqas Ali of Bhagatpura, Shadbagh, about one-and-a-half-years ago.

On Saturday afternoon, Sidra was sleeping and the other family members were away when her husband’s elder brother, Waris Ali, came with a container of petrol. He went to the room where Sidra was sleeping, sprinkled petrol there, set it on fire and fled after locking it from outside.

Upon being informed, family members and number of locals gathered at the spot and tried to rescue the girl but to no avail. Police and rescue teams reached the spot and shifted the dead body to city mortuary for autopsy.

Shadbagh police registered a murder case against Waris and his other family members on the complaint of victim’s father Liaquat Ali.

According to police, initial investigation revealed that Sidra had been torched to death by her brother-in-law over a property dispute.

City Division Superintendent of Police (SP) Operations, Muhammad Naveed, said Sidra was burnt to death by her brother-in-law over a property dispute. She was previously engaged to Waris, but when he went abroad his family married her off to his younger brother, adding that Waris worked in Saudi Arabia and learnt about the marriage only when he returned.

The suspect had developed a grudge against his brother and his former fiancé over the marriage as well as a property dispute and, according to locals, they often quarreled over the issue.

The SP claimed the suspect was demanding his share in the family business and after failing to get it he killed his brother’s wife. He said two teams had been constituted to conduct raids to arrest the suspect, adding some family members were also taken into custody for interrogation.