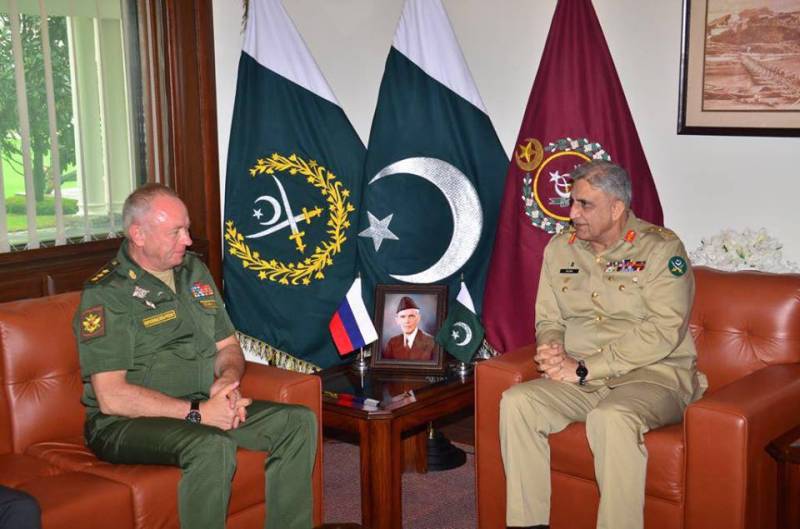 Regional security situation and matters of mutual interest, including enhancement of bilateral defence and security cooperation, were discussed.

He also stressed for greater cooperative and collaborative approach among the global community to defeat extremism.

Meanwhile, the first Session of Russia-Pakistan Joint Military Consultative Committee (JMCC) was held at the Ministry of Defence in Rawalpindi on Tuesday, during which both sides exchanged views on bilateral and major international issues including the situation in the Middle East and Afghanistan.

The JMCC is the highest forum of defence collaboration between Pakistan and Russian Federation.

The Secretary Defence Lt. General (retd) Zamir ul Hassan Shah represented Pakistan in the inaugural meeting of the JMCC while the Deputy Defence Minister of the Russian Federation Colonel General Alexander V. Fomin along with his delegation represented Russia.

A comprehensive issue based review was also carried out during which the two Countries expressed satisfaction on the milestones achieved since the signing of ground-breaking agreement on defence cooperation in 2014.

In the end, both Countries signed the Contract on Admission of Service Members of Pakistan in RF’s Training Institutes.

During the calls, the two sides discussed the present status of their bilateral defence relations with the aim to further strengthen, expand and diversify mutual cooperation.

The Russian Deputy Defence Minister Colonel General Alexander V. Fomin along with his delegation is on a two-day visit to Pakistan. During the visit, he is also scheduled to meet Chairman Joint Chiefs of Staff Committee and the three Service Chiefs.