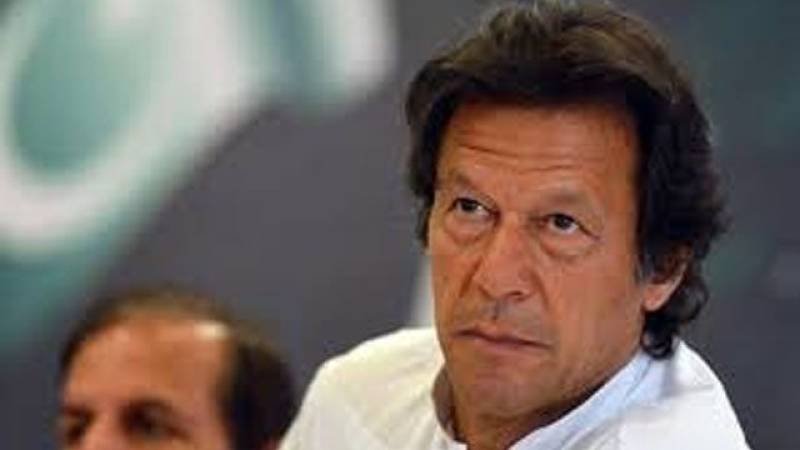 PESHAWAR - The Prime Minister-in-waiting, Imran Khan turned up before the Peshawar bureau of National Accountability Bureau (NAB) on Tuesday in connection with the alleged misuse of a helicopter owned by Khyber Pakhtunkhwa government.

The anti-graft buster agency' KP wing had issued a notice to Pakistan Tehreek-e-Insaf (PTI) chief on Aug 3, directing him to appear before the authority on Aug 7.

The cricketer-turned-politician, who is currently busy in matters related to forming his government in Center and provinces,  would answer the questions put forth by the anti-graft body.

According to the details, Imran Khan had been alleged to have used the chopper of Khyber Pakhtunkhwa government for 74 hours. The senior bureaucrats of the province including the former Chief Minister Pervaiz Khattak had already recorded their statements in the case.

This is not the first time, the accountability watchdog has summoned the 65-year-old politician as Khan was summoned last month as well, however, he skipped the hearing owing to 'busy schedule'.

On Feb 2, the chairman of NAB, Javed Iqbal directed KP Director General (DG) Naveed Haider to ascertain how former KP chief minister Pervez Khattak handed over his official helicopter to someone else and find out if the same was repeated with other individuals.

The following day, Imran Khan said that the KP government had made clear that there was never any personal or private use of government helicopters by him. He also said that NAB was most welcome to examine the issue.

Documents from the KP administration department show that the PTI chairperson used the KP government’s helicopters free of charge for a total of 74 hours to travel approximately 18,000 kilometers, the NAB statement said.

The PTI chief, whose party governed Khyber Pakhtunkhwa province, used the helicopters to fly to and from Bani Gala, Islamabad, Mardan, Peshawar, Abbottabad, Haripur, Swat and Nathiagali, Kohat, Batagram, and Chakdara, among other places.