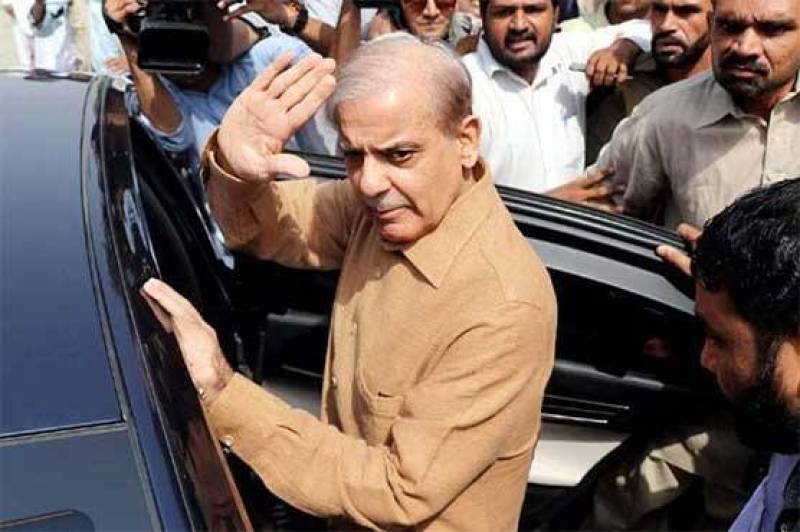 ISLAMABAD - National Assembly Speaker Asad Qaiser on Friday issued a production order of Opposition Leader and Pakistan Muslim League-Nawaz (PML-N) president Shahbaz Sharif for a fourt time to enable him to attend the upcoming session of the lower house of parliament starting from Monday (Dec 10).

The Speaker has directed National Accountability Bureau (NAB) and concerned authorities to bring Shehbaz Sharif, who is in the custody of the anti-graft buster from Oct 5, to attend the session of the lower house of the parliament on a daily basis under the rules.

”Presence of Opposition leader Muhammad Shehbaz Sharif during the said session was necessary, therefore, in exercise of the powers conferred by rule 108 of the Rules of Procedure and Conduct of the business in the National Assembly 2007, the Speaker has been pleased to summon Muhammad Shehbaz Sharif," the Speaker stated in a production order issued by the National Assembly Secretariat.

The Speaker directed the authorities concerned to produce the opposition leader at the commencement of each sitting of the said session.

Shehbaz Sharif was in custody due to the ongoing investigation of the NAB Lahore in a case of Punjab Land Development Company and Lahore Development Authority.

Meanwhile, the meeting of the Business Advisory Committee would be held under the chairmanship of Speaker National Assembly Asad Qaiser here in Speaker’s Lounge at Parliament House on Monday.

Members of the political parties will discuss agenda for the session of National Assembly.

The speaker had issued the production order for the former Punjab chief minister for the third time on Nov 20 to attend the NA session summoned on the request of the opposition parties.