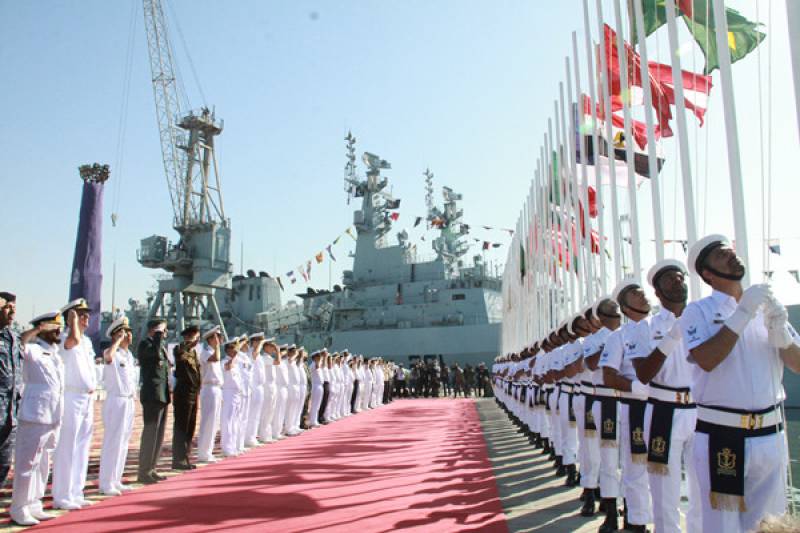 KARACHI – The multinational maritime exercise AMAN-2019, hosted by the Pakistan Navy (PN), will commence from Friday (February 8), the Radio Pakistan reported on Thursday.

Commander Pakistan Fleet Vice Admiral Amjad Niazi told media men that this exercise will be comprised of two phases, in which contingents (DASTAS) of forty six countries will take part.

The drill is aimed at fostering maritime cooperation, promoting safe and security maritime environment for regional and global stability and for preserving oceans which is the common heritage of mankind.#Aman2019

The exercise was first held in 2007. Twenty-eight countries participated in the first exercise along with their ships, aircraft and observers.

The drills, aimed at conveying a message of peace to the world, are organised bi-annually.

Niazi said that an international maritime conference will also be arranged on the occasion.

Commander Mirza Arslan Baig and Lt. Commandar Javeria Naseem, while taking part in a programme of News and Current Affairs channel in Islamabad yesterday, said 46 countries have so far confirmed their intention to participate in the multi-nation drill. These countries will send their ships, aircraft, special forces and marine troops. In addition, senior naval officers and other delegates will participate as observers.

Commander Mirza Arslan Baig said objectives of the exercise include projecting a positive image of Pakistan as a country contributing towards regional peace and stability, consolidating Pakistan Navy's position in the regional maritime arena, enhancing interoperability with regional and extra regional navies and displaying of united resolve against maritime terrorism and piracy.

He said various kinds of maritime threats including terrorism, drugs smuggling, human trafficking, and disasters require collaboration of many countries. He said this exercise will enhance cooperation between the friendly navies. The naval commander said Arabian Sea is a busy traffic route for ships and the port of Gwadar has assumed a special importance due to its strategic location.

Speaking on the occasion, Lt. Commander Javeria said drills in peace time prepare the forces well for any real conflict situation. She said wants peace on its land as well as sea frontiers. 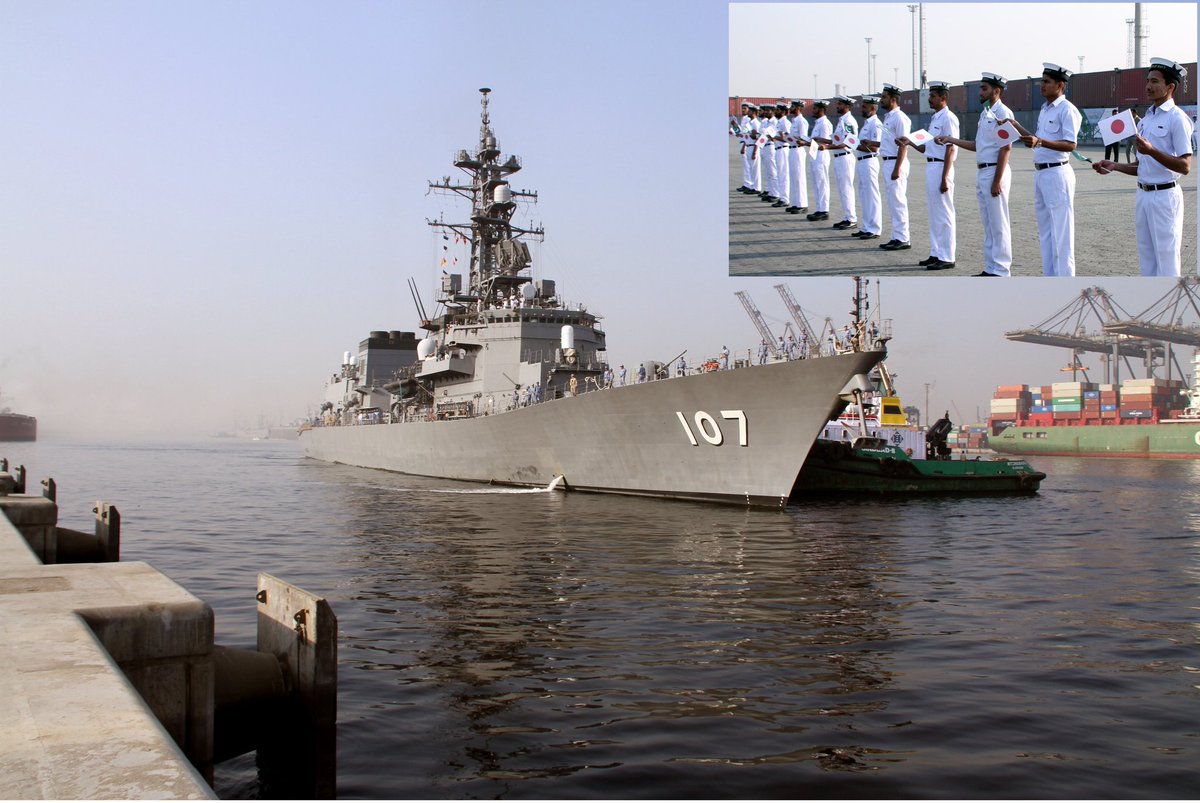 The Japanese aircrew participated in various events including search and rescue (SAR) and counter-piracy (CP) exercises along with navy aircrew. The Japanese contingent also visited maritime and Pakistan Air Force (PAF) museums to learn about the historic achievements of the two forces.